One thing that I think is very important to develop in students is their ability to describe mathematics, both verbally and in written form. I think that the ability to describe their thinking in a mathematically correct and concise way is a skill that can significantly improve the transition from GCSE to A Level in addition to the transition from A Level to University.
I recently stumbled on this activity on the Mathsbox website. 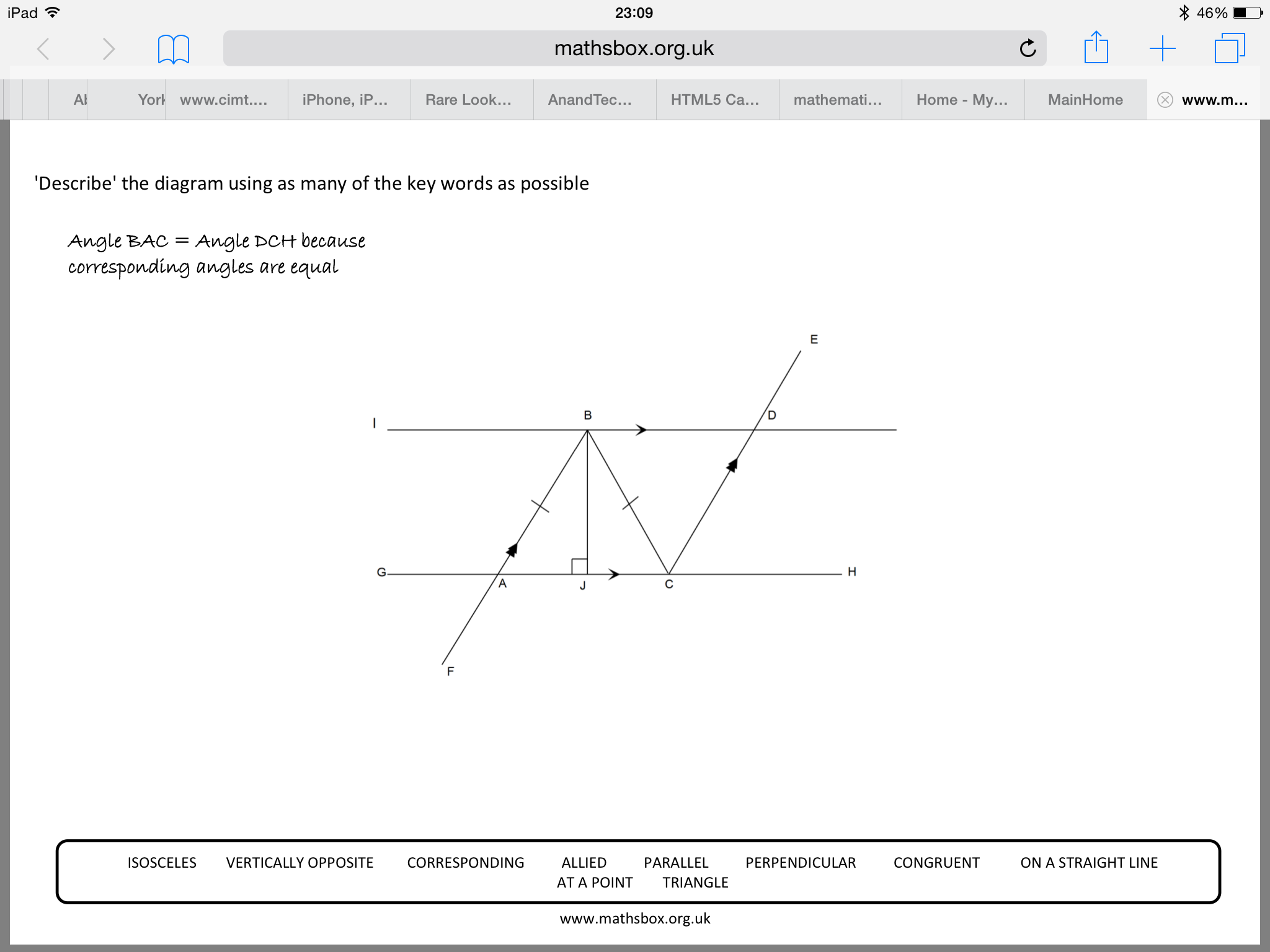 I used this activity as a starter for a lesson with my Set 1 Year 8s. I gave them 10 minutes to work in pairs and write as much as they could, using the terminology we had been learning, to describe the figure in front of them. We then discussed as a class the various things they had come up with. I was really impressed with the language that my class were using, and it also allowed me to tackle some misconceptions with labelling angles, angles on a straight line etc. The key words at the bottom of the page were great for differentiation as some of the students didn’t even notice they were there and managed fine, but I could point them out to the pupils who were struggling.

I can’t recommend Mathsbox enough. I persuaded my school to buy their very reasonable subscription this year and they have some great activities for use as starters. Follow them on Twitter here. They also seem to have an open house for half an hour tomorrow (Sunday 30th November 2014) where you can try out their resources and activities!