Firstly, after a discussion on Twitter the other week I’ve decided to delay publishing my workings of the Edexcel exam papers until I know that they are already out there on the Internet. My personal feeling is that the exam papers (not solutions) should be made publicly available (I.e. Not in any secure sections of websites) by the exam boards no more than a week after they have been sat. I can’t see how there is any commercial value in them not doing this, and these days a past paper can’t be used as a Mock (not least because they are released by the exam boards before mocks are likely to take place for A Levels) without students having the potential to have seen them. Having said that, these posts will become password protected before the next academic year – any teachers who want a password just email me.

Anyway, back to the topic of this post – the Edexcel Mechanics 2 exam; my students were pretty worried about this paper. In light of this I think that the paper was pretty nice – not quite as hard as in previous years, but still some things to challenge the students, especially those who don’t like non-standard questions.

The paper started nicely, with Question 1 being a fairly straightforward  application of F=ma in conjunction with work done. 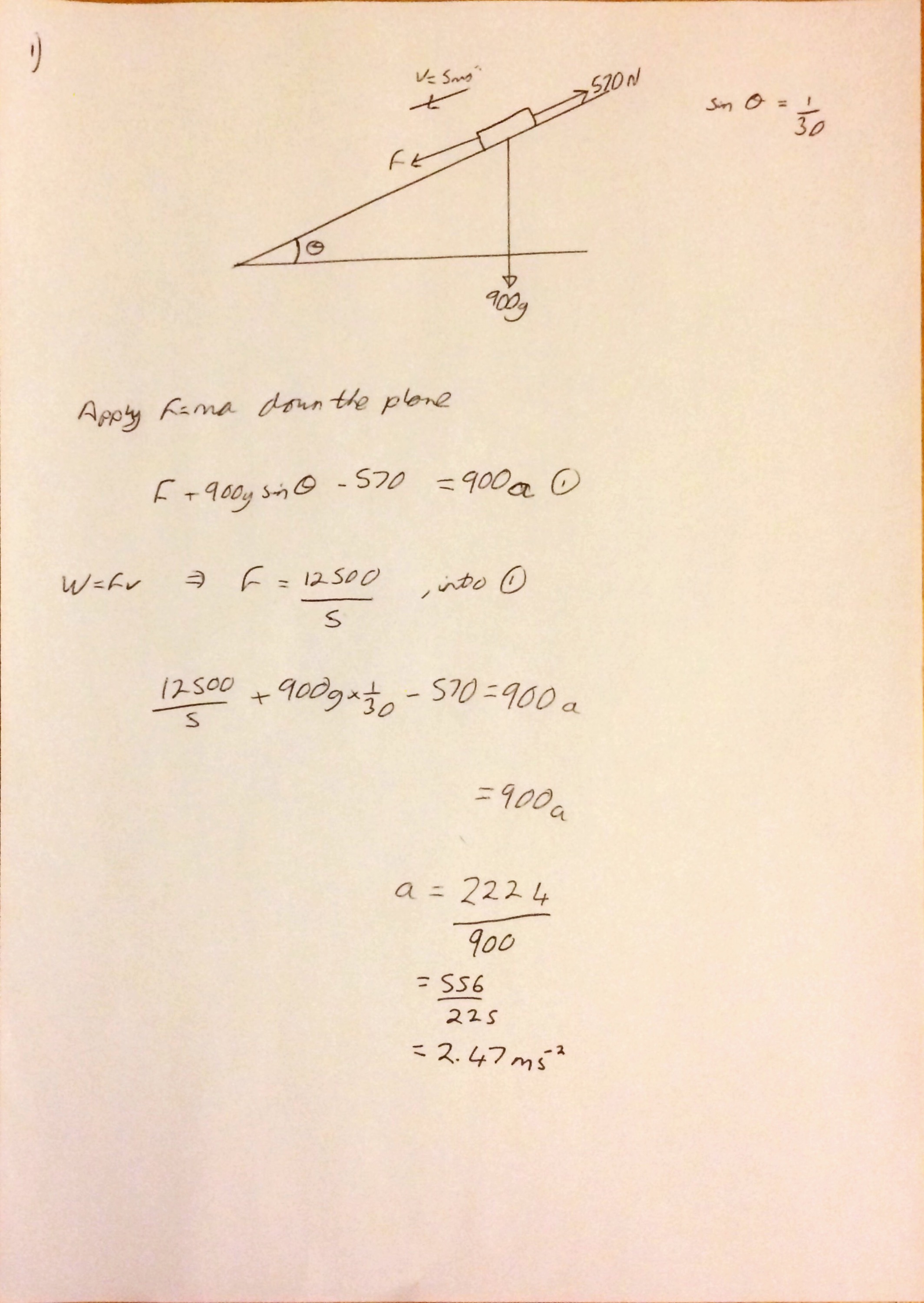 I really liked Question 2! The first part is a standard centres of mass of a lamina, but the second part is trickier and isn’t a “standard” question so to speak. As long as you apply the knowledge of what it means for the lamina with the extra weight hanging vertically through a particular line then, with the help of a good diagram, finding the extra mass is a nice problem to solve. 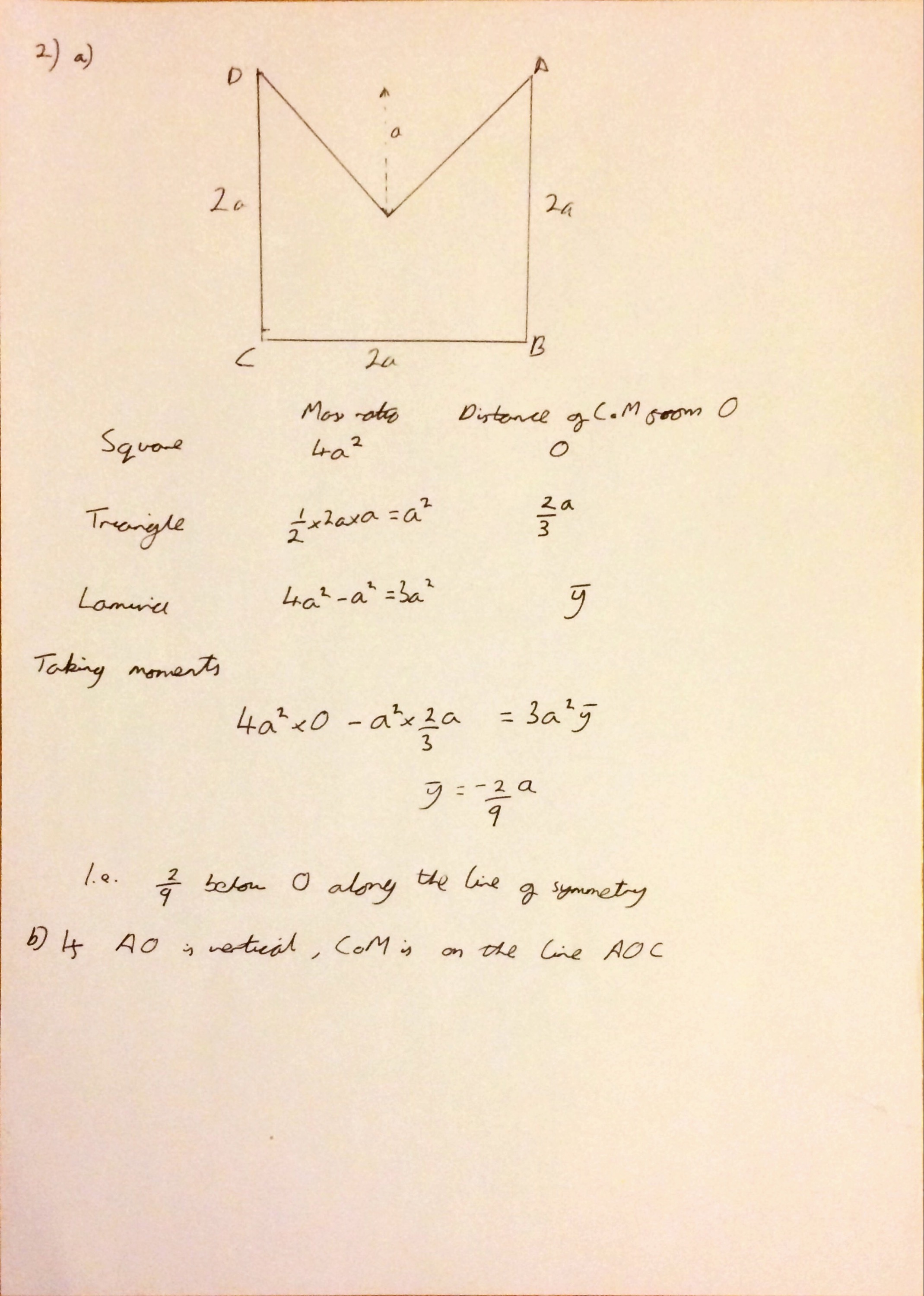 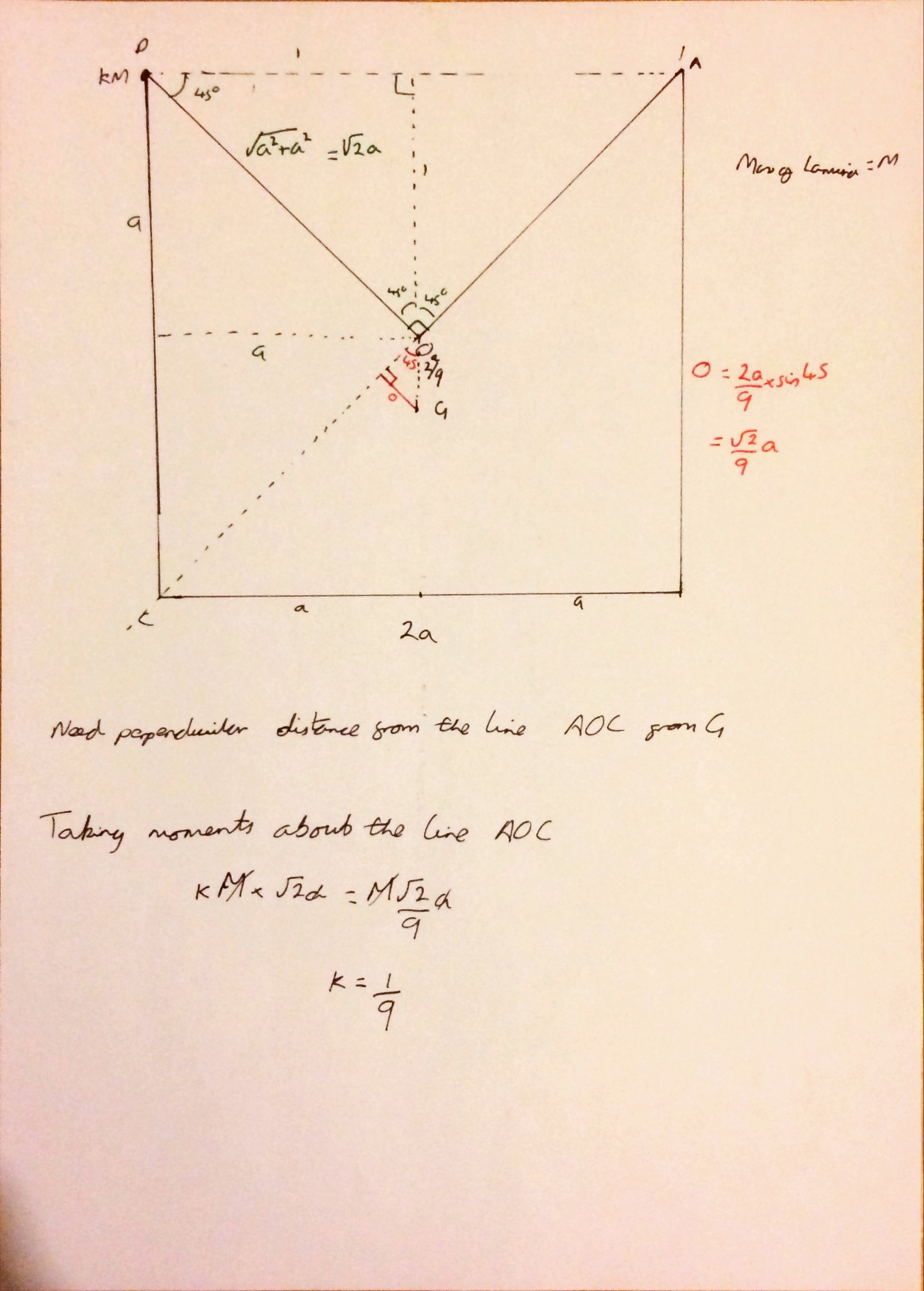 Question 3  is a simple exercise in applying the definition of impulse and then finding out the increase in kinetic energy following the impulse. 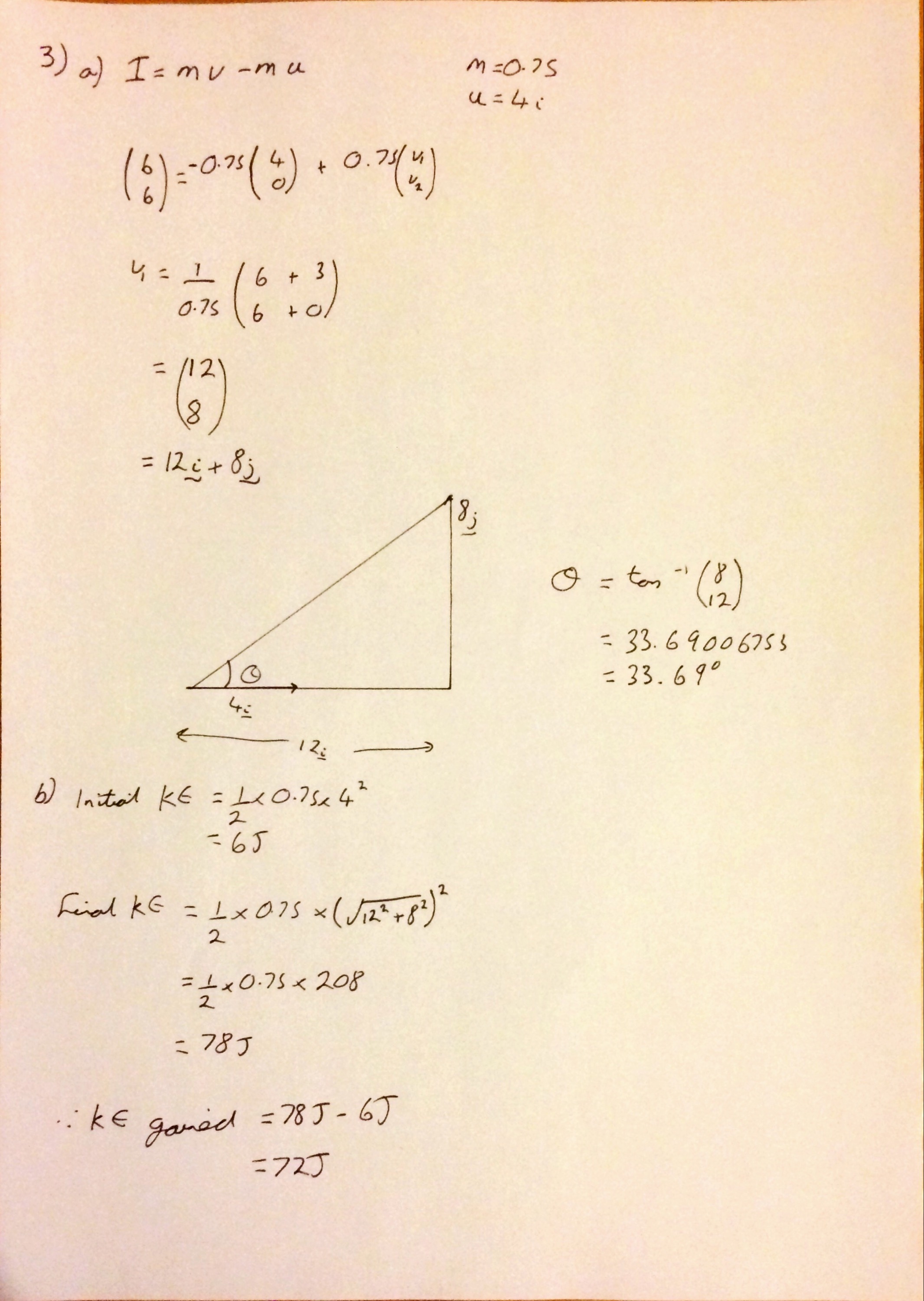 Stuart ( @sxpmaths) commented on Twitter that Question 4 is a classic example of the type of question where all intermediate steps are removed (I talk about these kind of questions here). As long as the students are ok at drawing the diagram then the question isn’t any harder than if the diagram had been given. The difficulty is increased though as the question doesn’t guide you through the necessary steps. 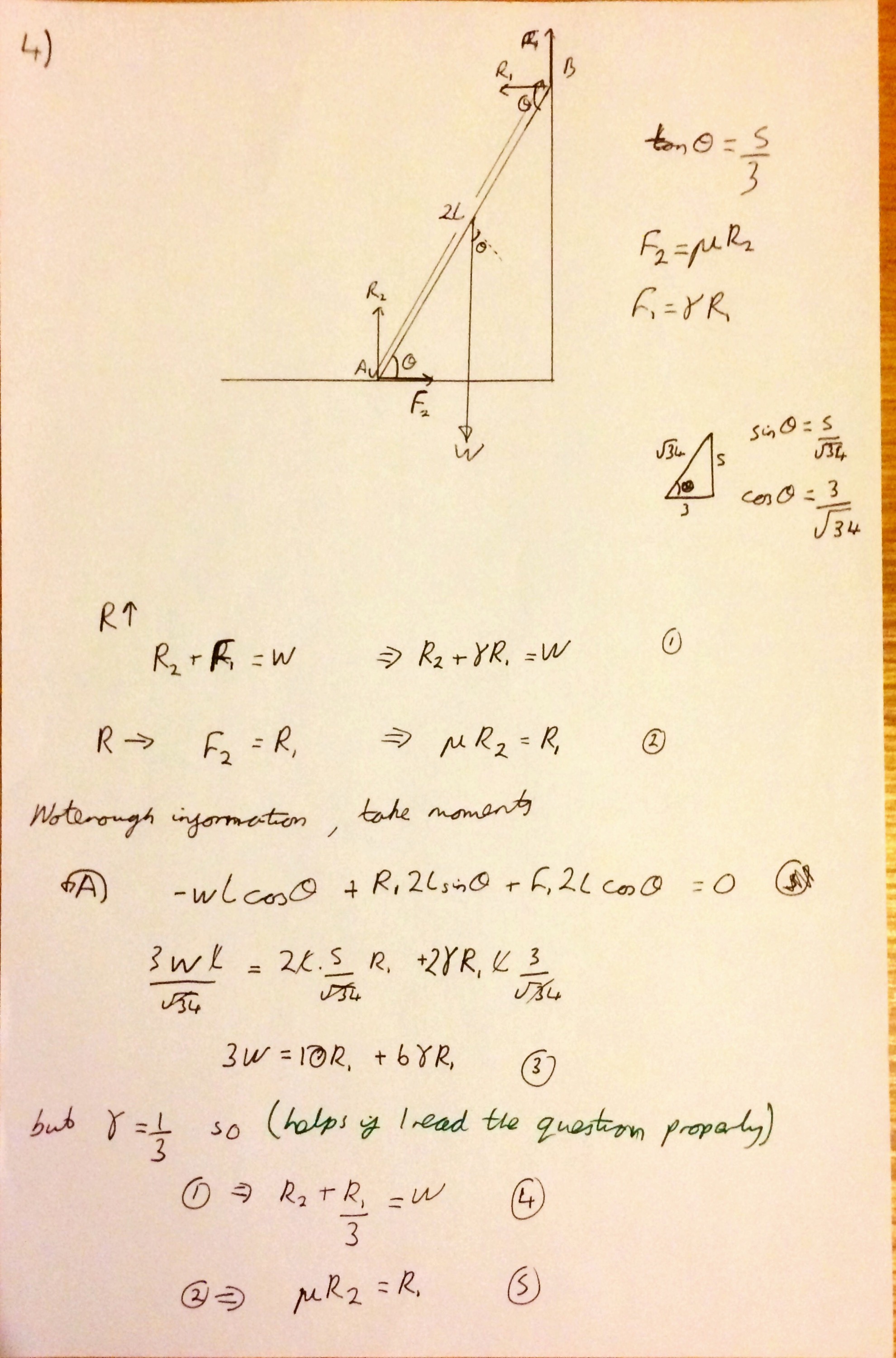 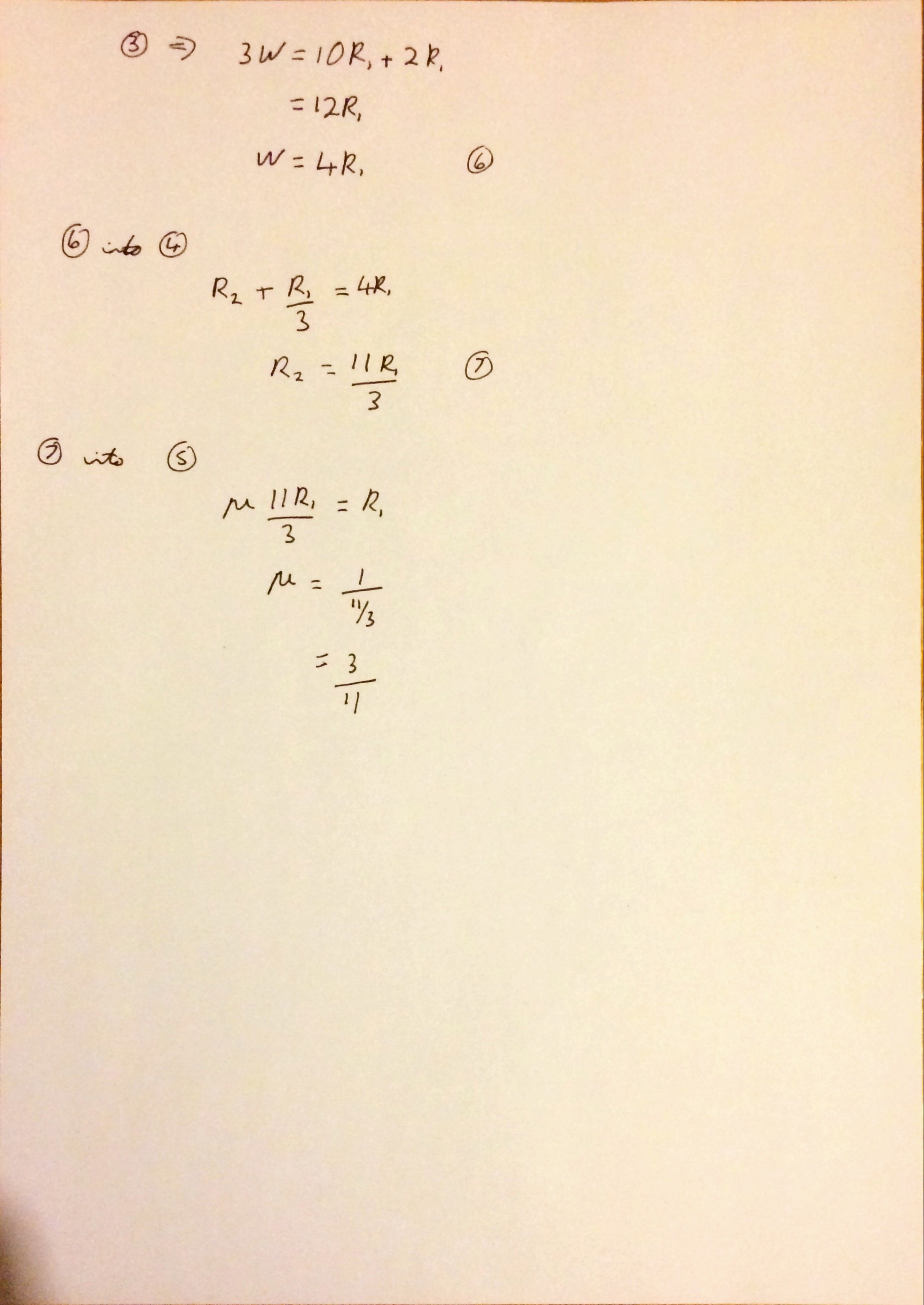 For Question 5, you’ll see that I made some silly calculation errors in working out the solution to part b – my excuse: it was late!! 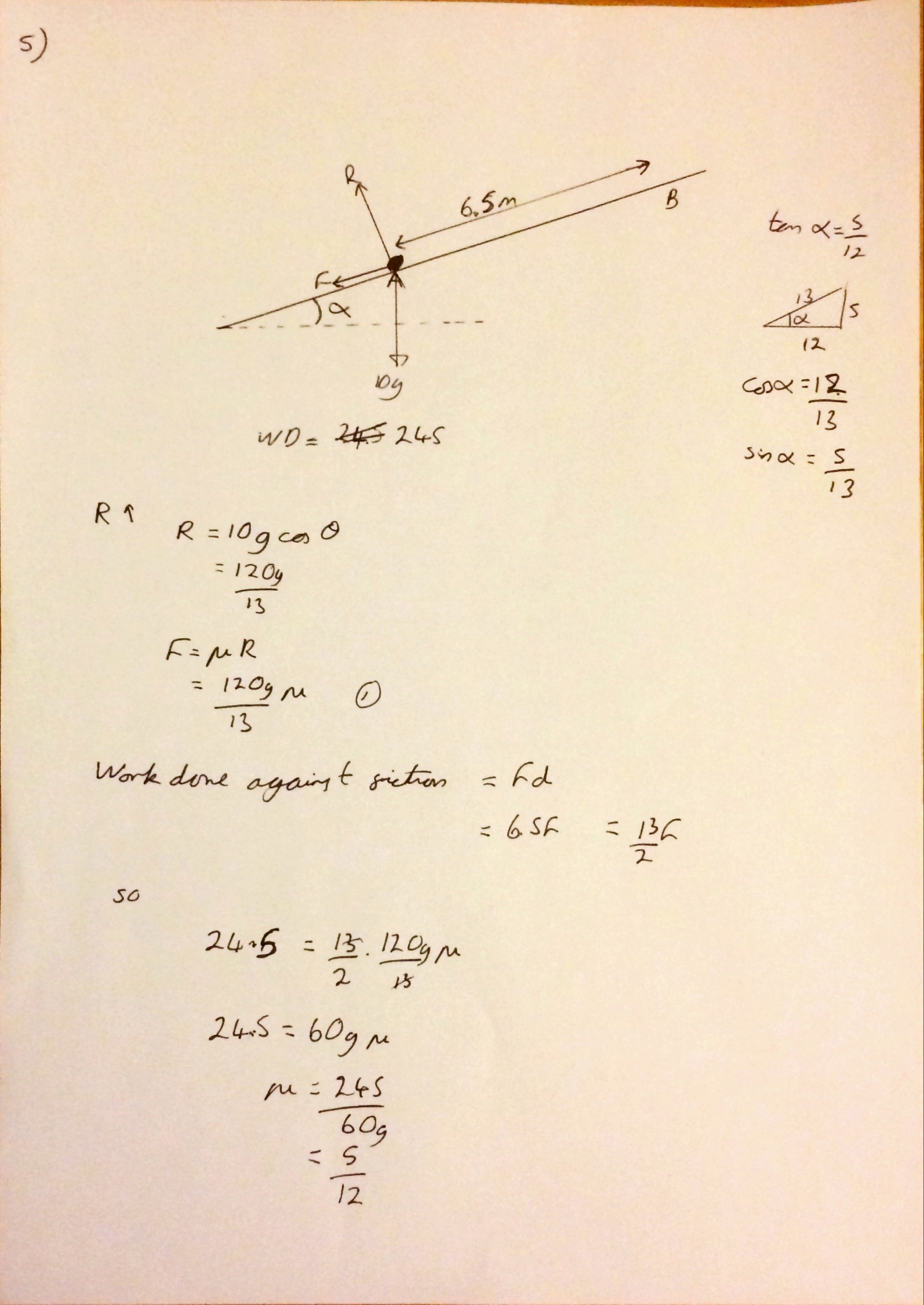 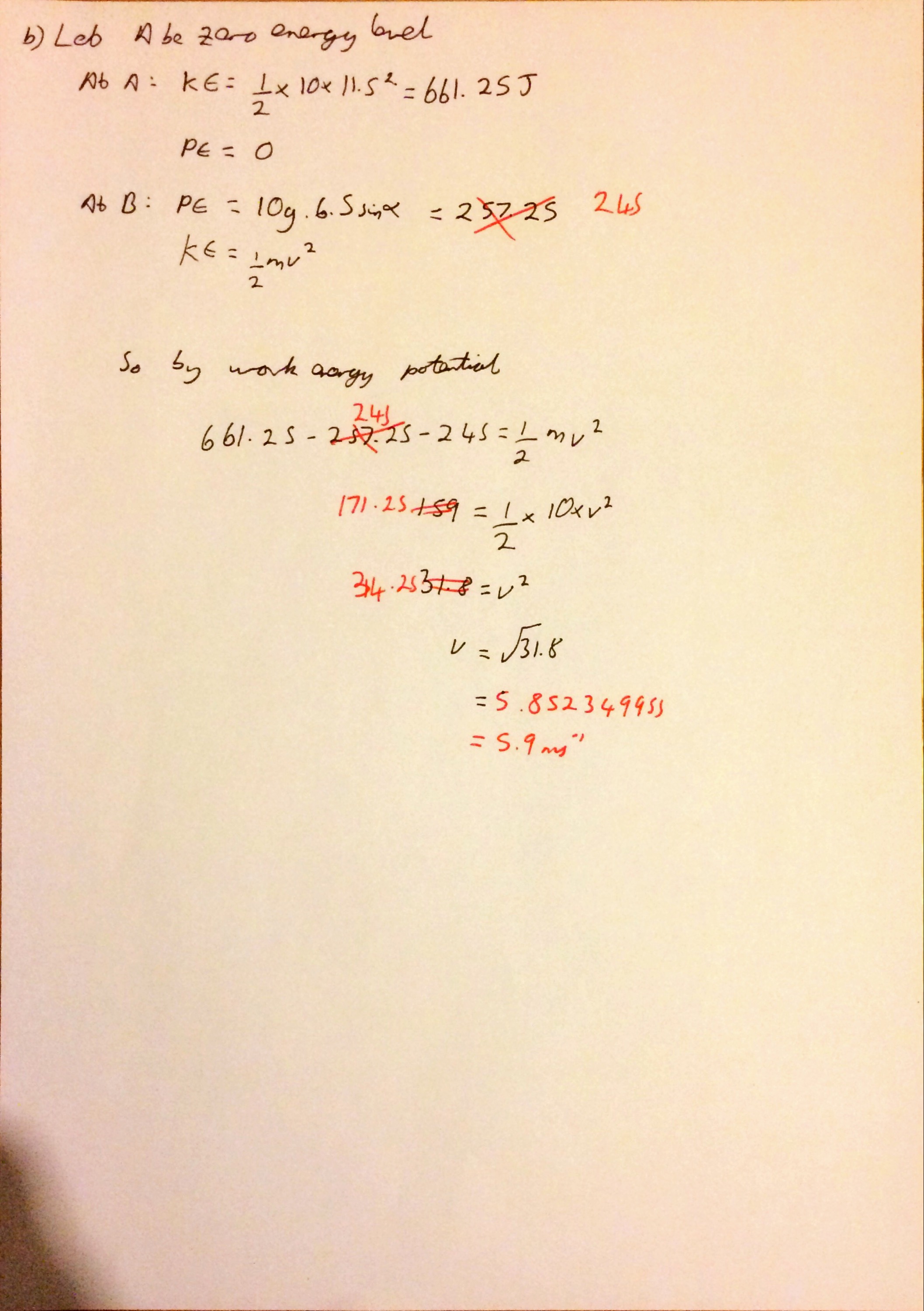 Question 6 was a (in my opinion) a standard kinematics with variable acceleration question – nothing non standard about this. 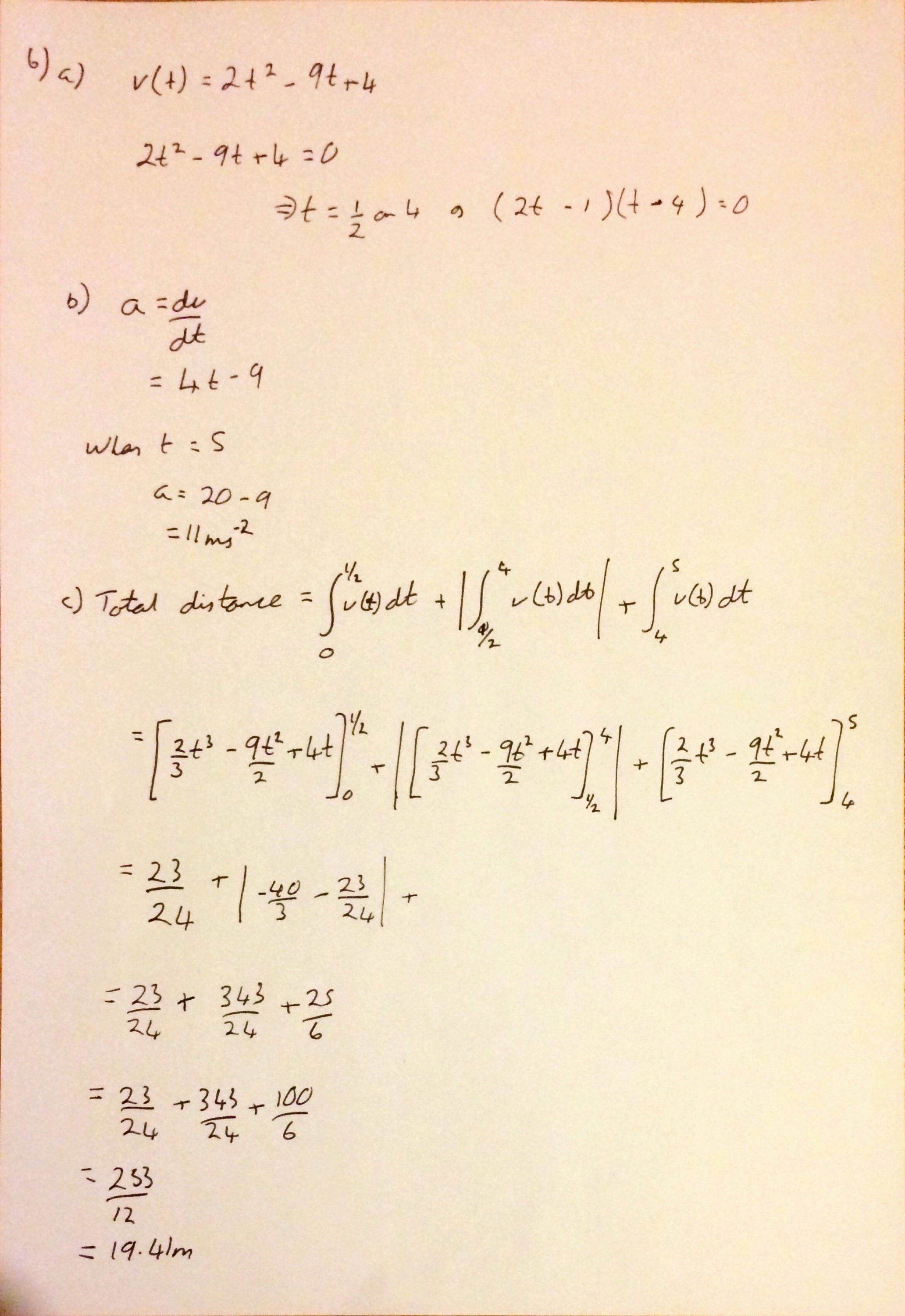 The projectiles question was non-standard in the sense that you don’t often see questions with the angle of the particle at a particular (non-initial) point in the motion. Nice numbers hadn’t been used either so you ended up with horrible decimal answers – hopefully students stored the full values in their calculator for subsequent parts. I actually think this should be a requirement, and if they don’t then at most 1/2 marks for subsequent parts – a bit harsh I know. 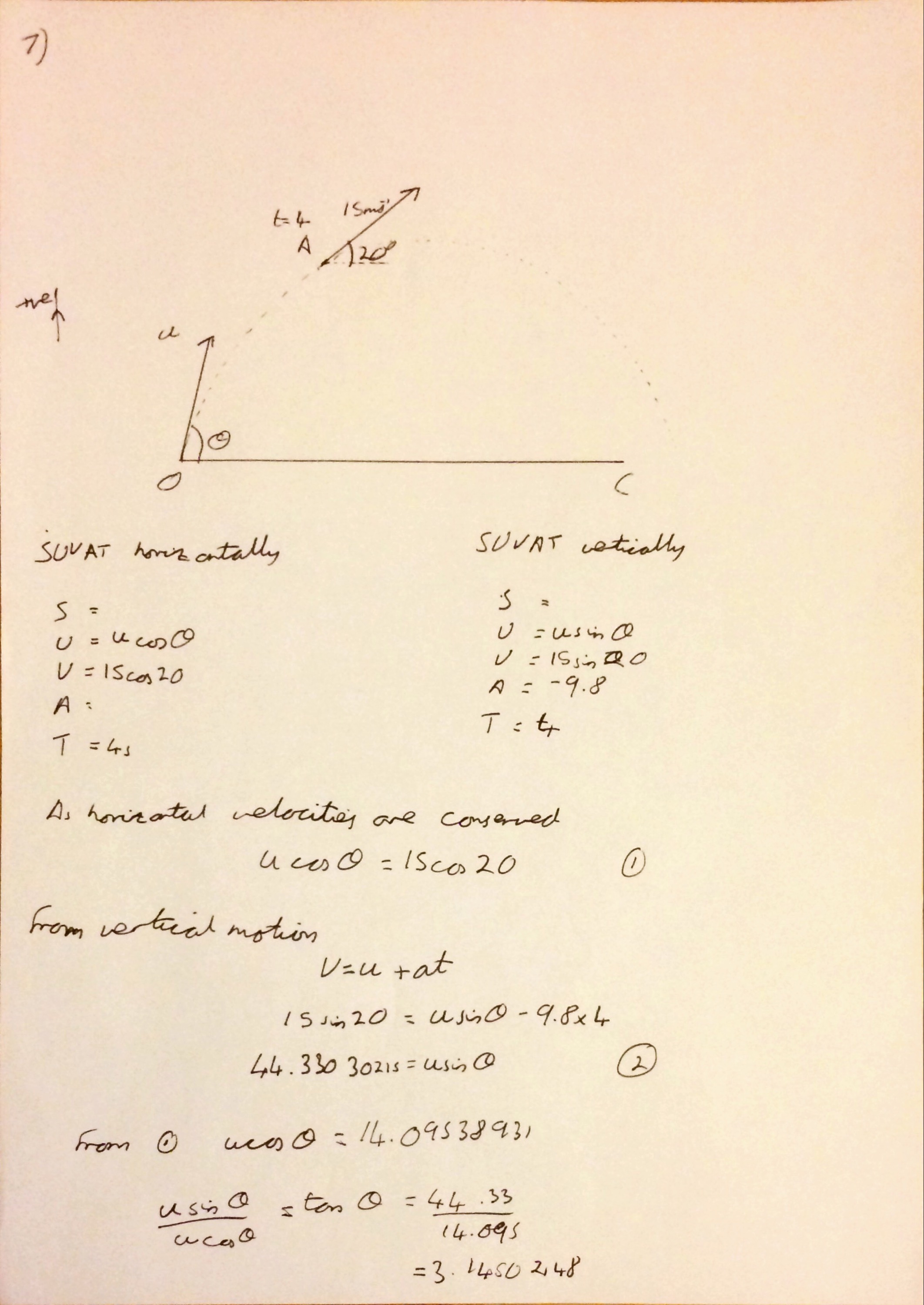 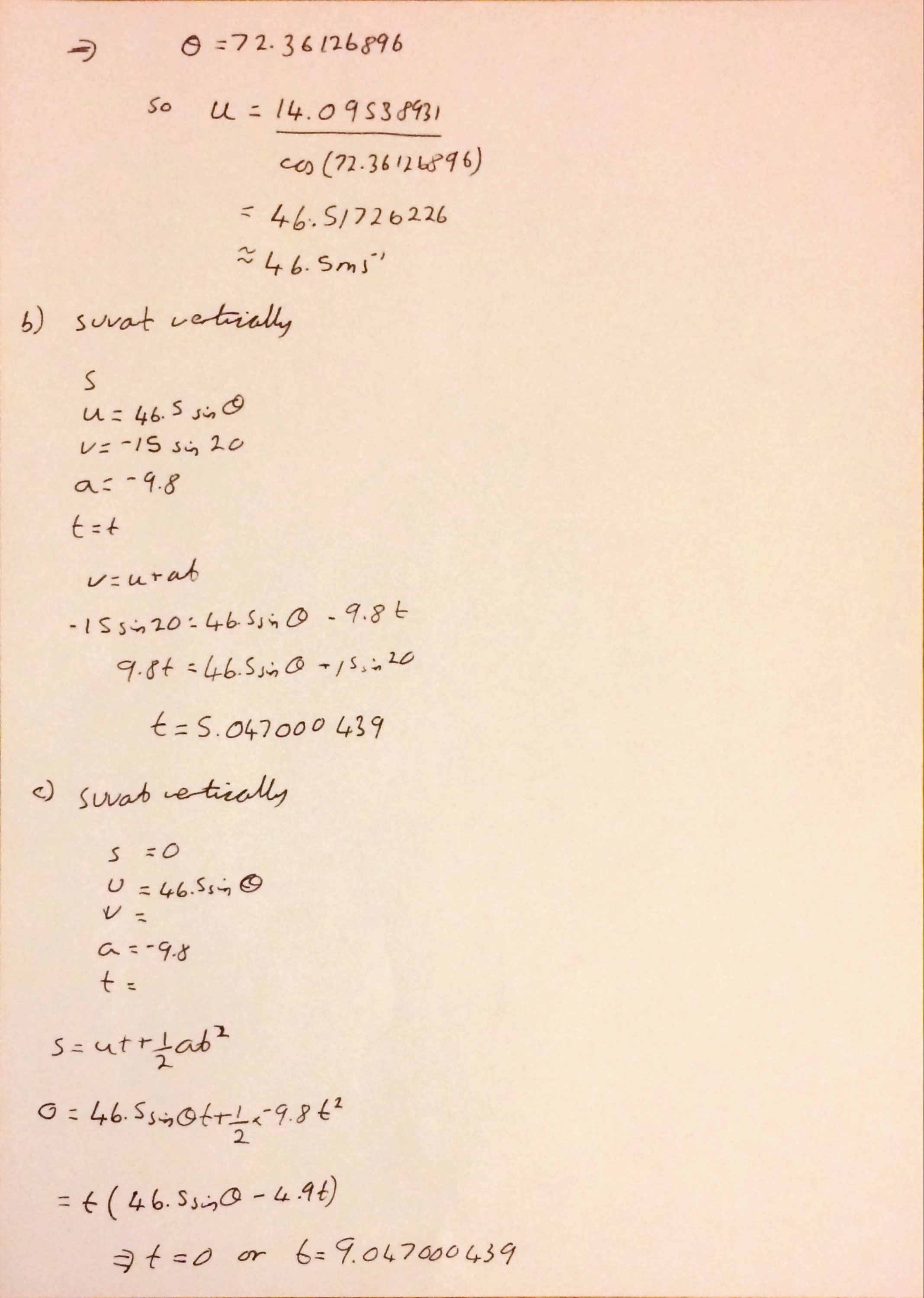 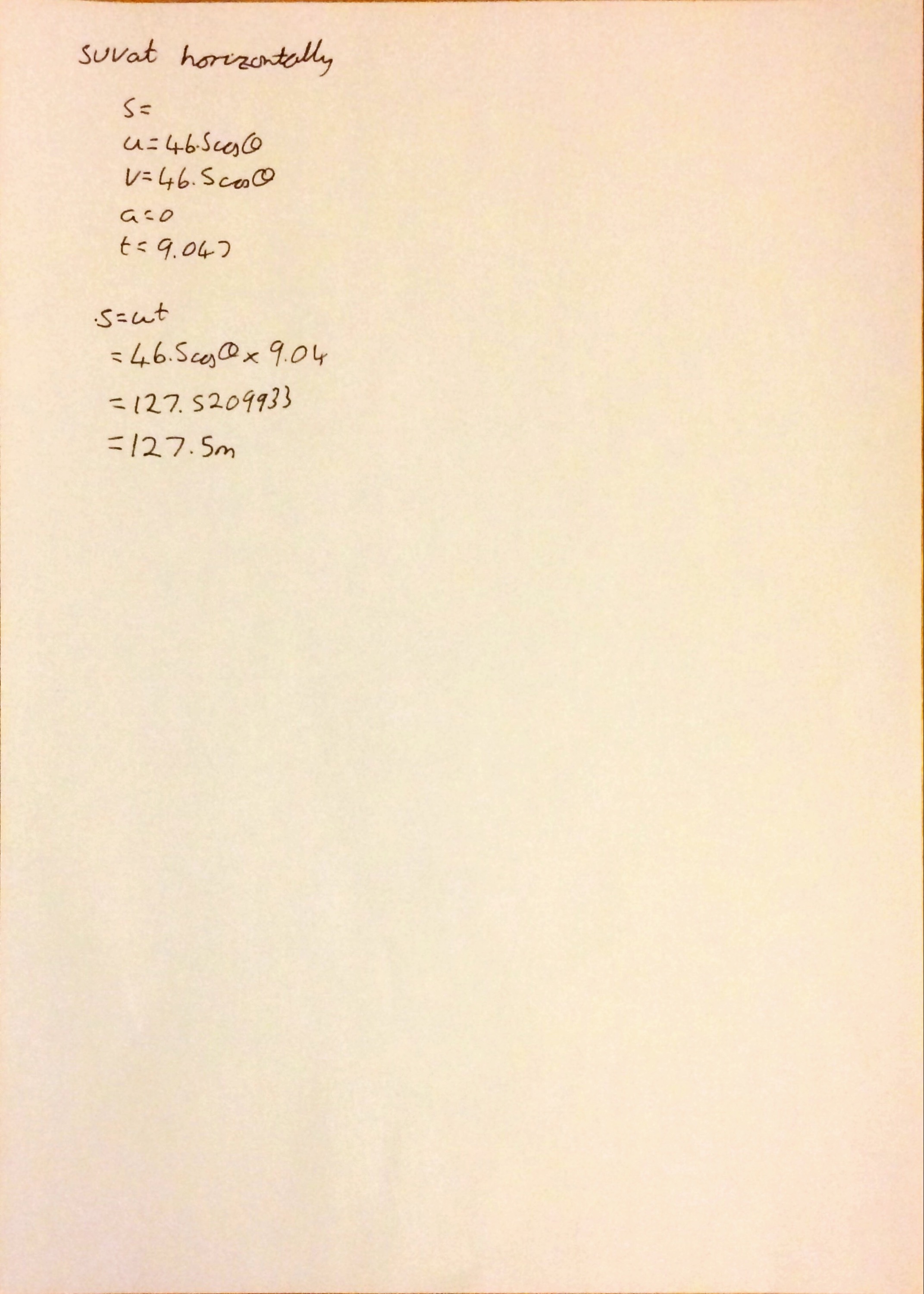 The final question  was a really nice projectiles and conservation of linear momentum question finding an inequality for the coefficient of restitution and then investigating further questions. 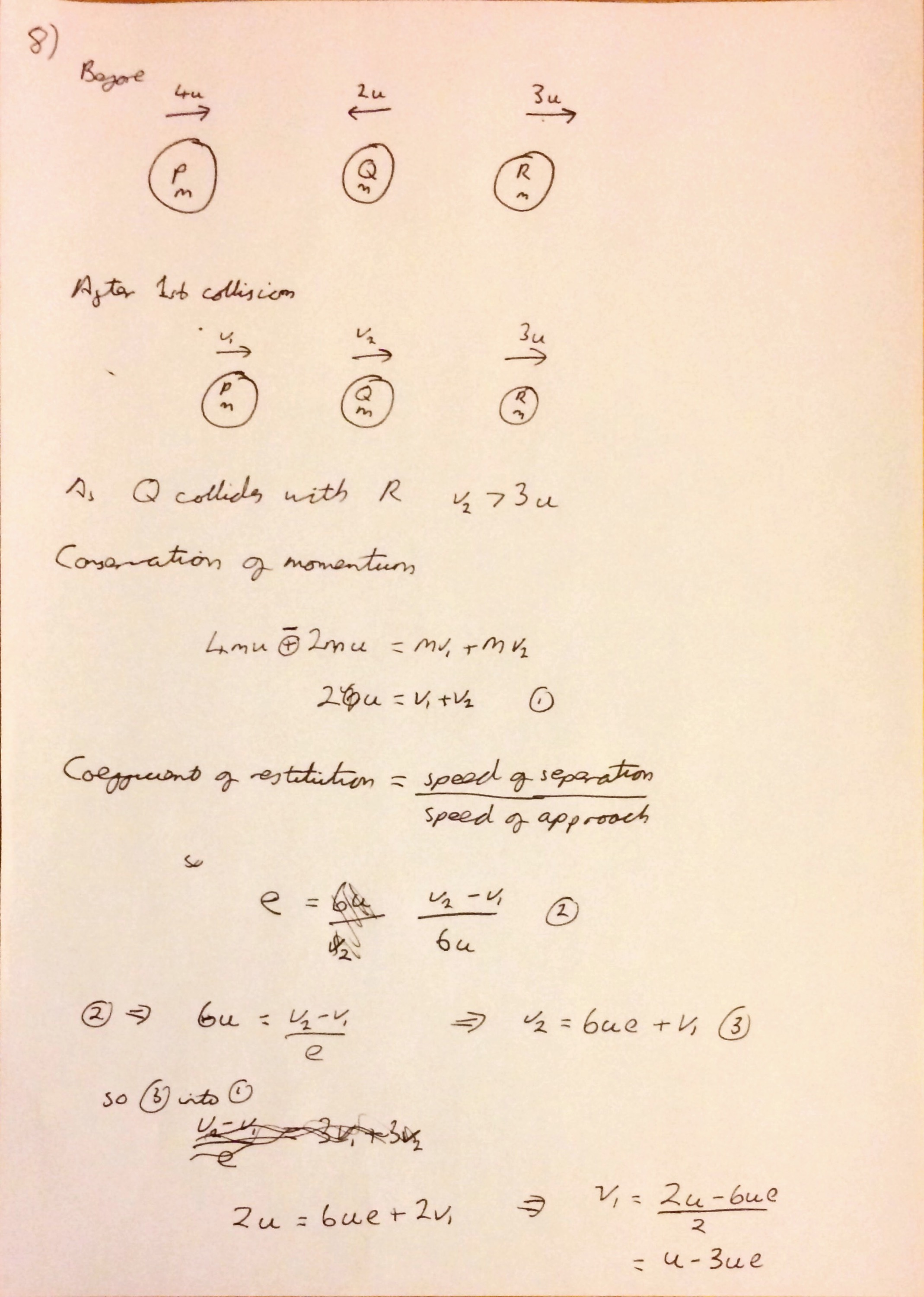 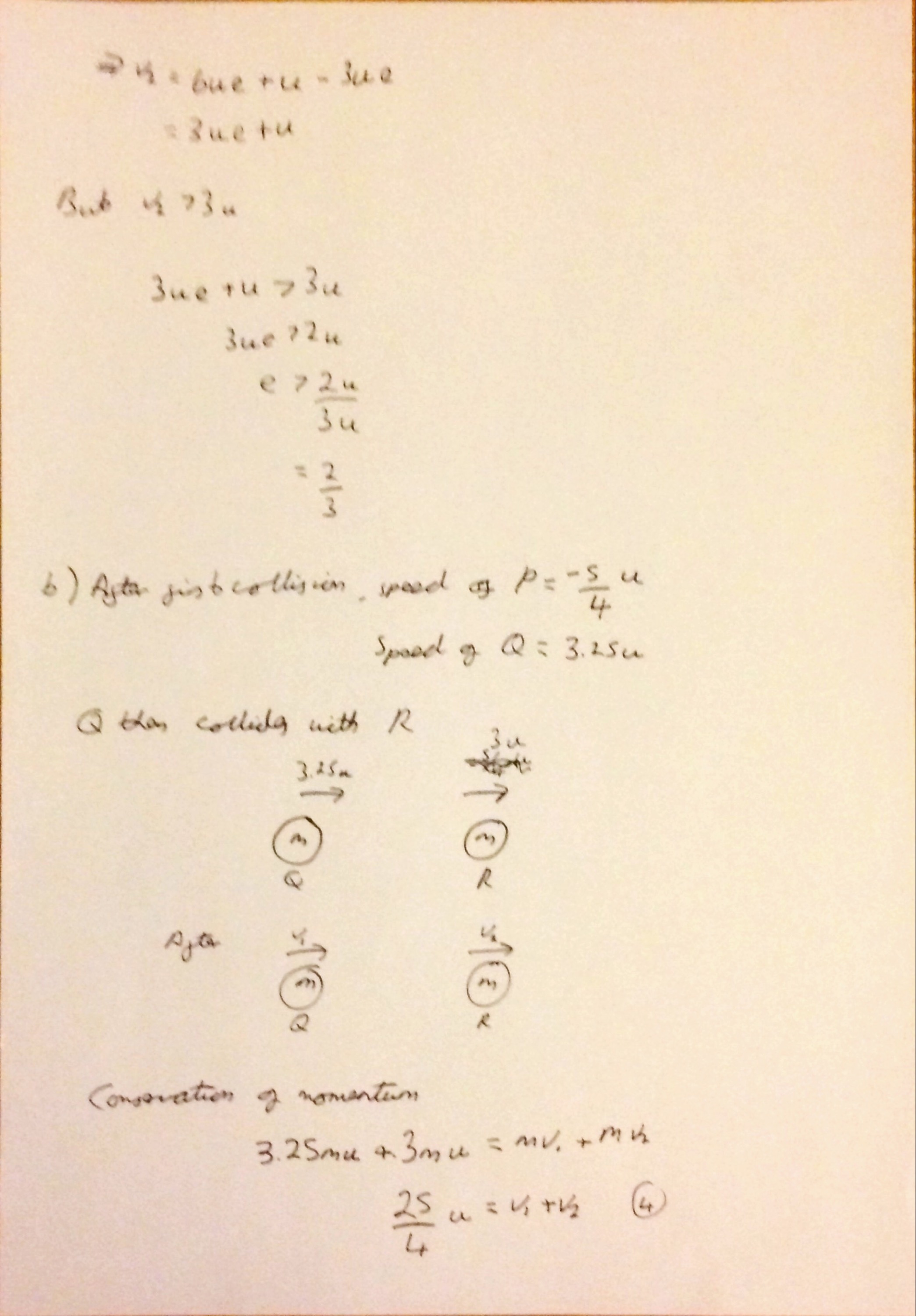 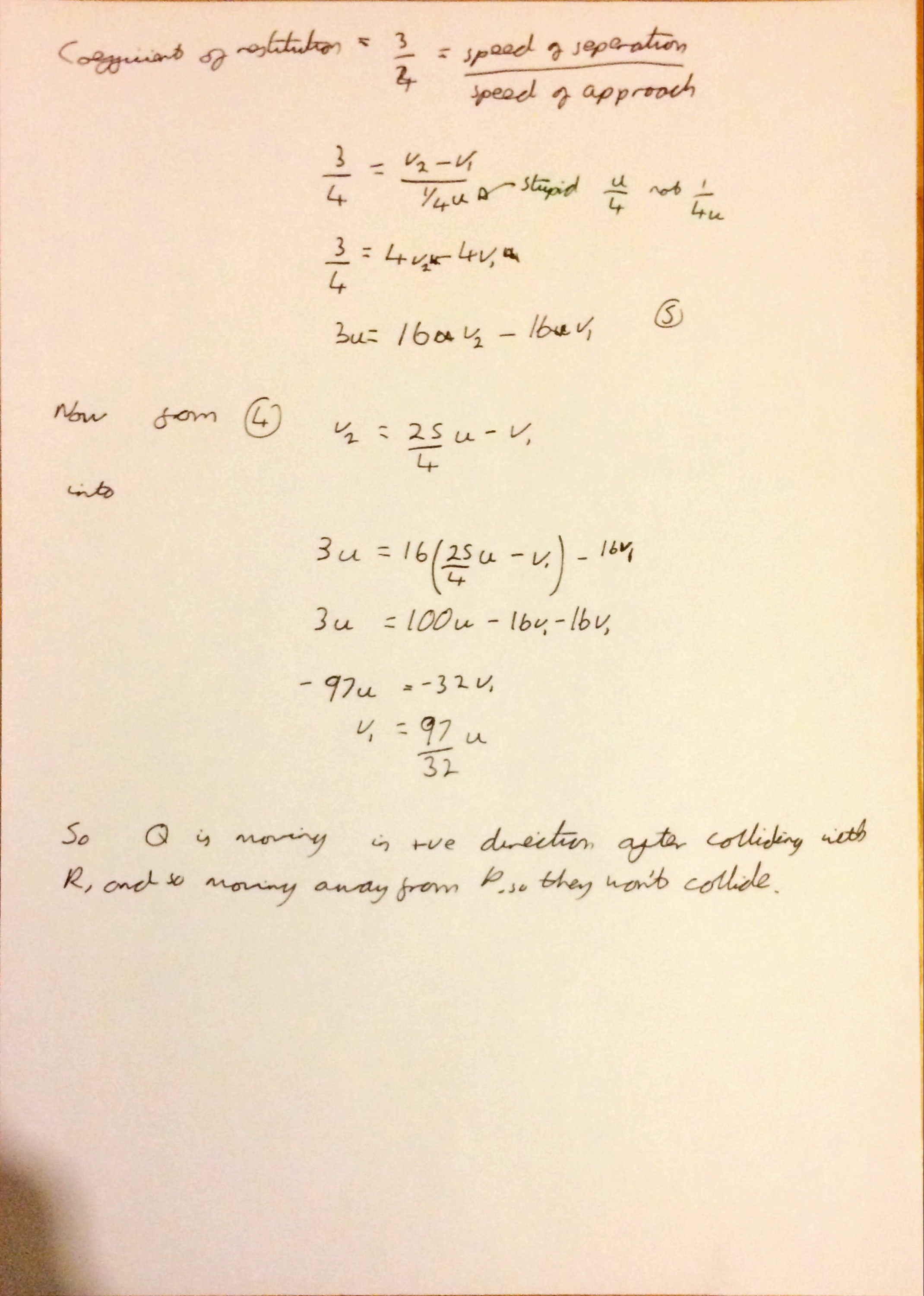 Overall I think that like most Edexcel papers this year, this paper wasn’t really nice for the students but it could definitely have been a lot harder!