Last week Jo Morgan (@mathsjem) posted a picture of a Wordle formed from all her tweets since she joined Twitter. This led me to think about my Twitter history.

Back in 2009 I had experimented with Twitter, but didn’t stick at it and kind of forgot about it until I set up my “professional” Twitter account (@DrBennison) on the 1st of May 2014. I then sent my first tweet on the 7th of may, tweeting a photo of some resources I was cutting up for a Year 8 problem solving lesson.

Inspired by Jo I downloaded my twitter archive and used wordle to create the following Wordle from all my tweets. 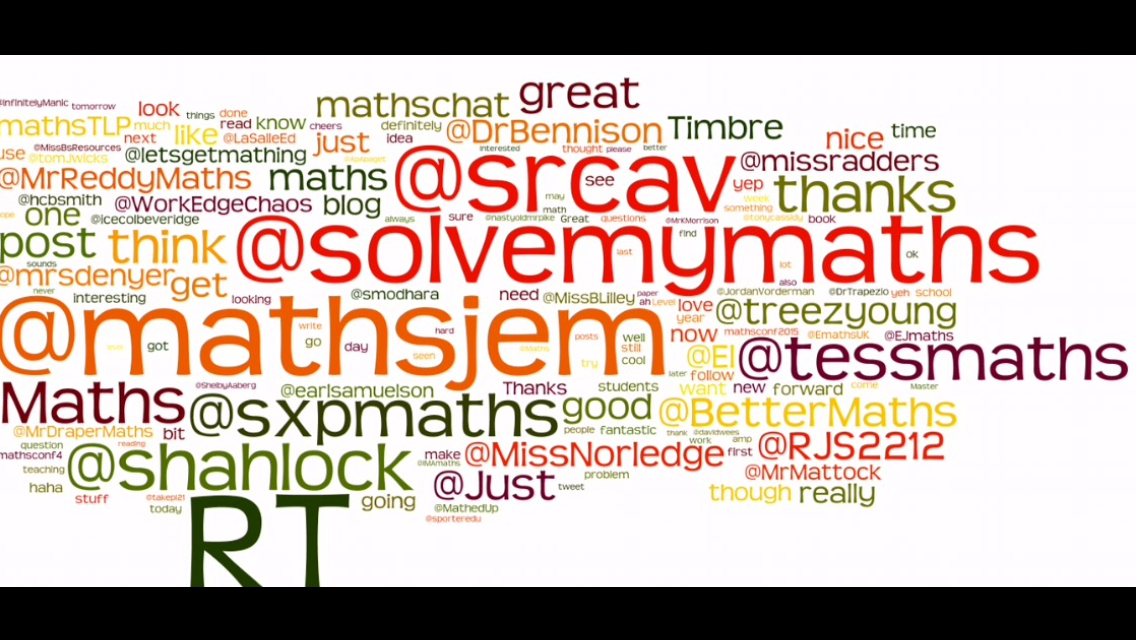 I really value Twitter for collaboration with colleagues across the country (and further afield) and would encourage anyone to sign up and start talking to people. I haven’t met anyone on Twitter who isn’t friendly, encouraging and always happy to provide advice and share resources. As you can see from the above picture, I must have engaged with quite a few people repeatedly for their twitter handles to come out large.