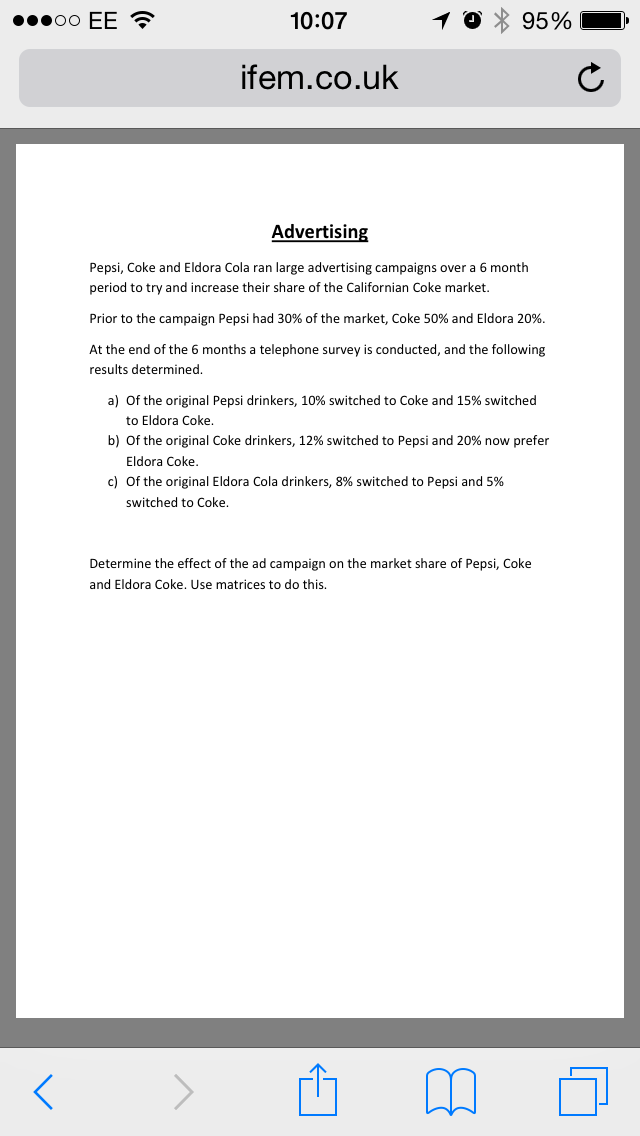 At first I gave no information of where this came from or how I expected them to solve it. After about 15 minutes had passed, and we had got past the initial “no idea” phase, many of them were solving it by just working out percentage changes of the inter-related statements. I then gave them a hint and said that I would like to see it solved using a matrix. Despite this hint, it was still hard for them to spot that it was a simple matrix multiplication problem. The majority of rose that did spotted it by calculating the final percentage market share for each company in the GCSE sense and then spotting a pattern to their calculations.

I really like this problem, the students enjoyed it too and said that it made them appreciate the power of matrix multiplication.

I originally found it on this Discrete Mathematics Project website. It’s worth a look, but this is the only matrix question that seems suitable for A Level.