After years of dealing with any integrations that I had to do by thinking “let’s load Mathematica” I thought I should probably practice doing some by hand as I will be teaching Further Mathematics this year and will need to be able to integrate by hand.

As I was practicing a few I had a vague memory of a flow chart that my A Level teacher had given me (a long time ago) and thought it could be useful to try and produce something similar.

I had also just downloaded the iPad Grafio app so I decided that producing a flow chart for integration would be a good way to get used to Grafio. Overall a fairly easy app to use, sometimes a bit fiddly though to place content where you want.

The flow chart is shown below: 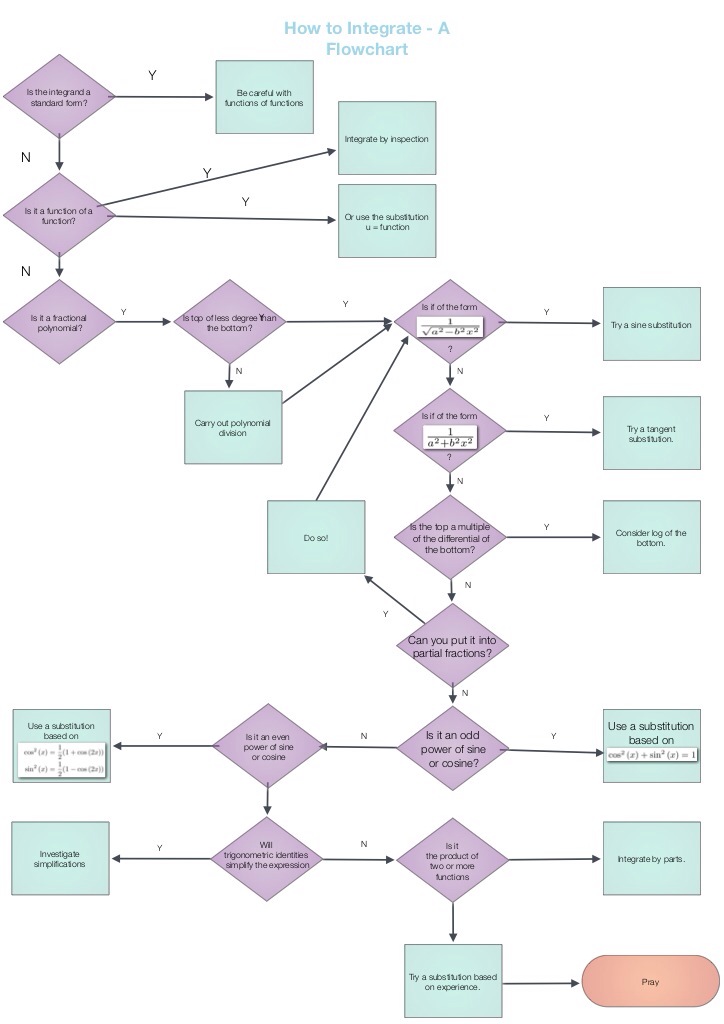 And a high resolution pdf can be downloaded at the following link.

Anyway, I would be very grateful if you commented and let me know what you thought of the flowchart. Do you work through a similar process when integrating by hand? Have I missed anything that you think is important?