As they were year 10 students they wouldn’t have done a lot of the algebra required to access many of the topics from Further maths so I decided to base a short session around my hierarchy of numbers picture (as I talked about here) as it gave me an opportunity to introduce both complex numbers and the concept of proof.

The first page of the sheet that I used with the students is shown below and the full version can be downloaded from my website. 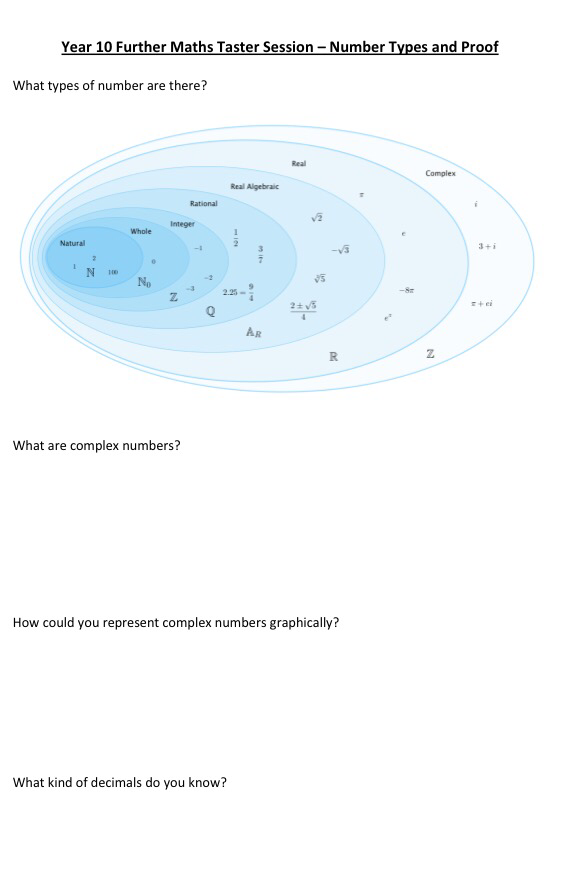 There is quite a lot of text in this sheet, but I went through it relatively slowly giving plenty of time for them to question and think things through themselves – the session got a good response from the students. Note that I did not necessarily discuss things in the ofder that they appear on the sheet.