Formula triangles are quite prevalent in the UK (I’m not about elsewhere to be honest) – especially in science lessons and when right angled triangle trigonometry is taught. A typical example is the following for the relationship between speed, distance and time: 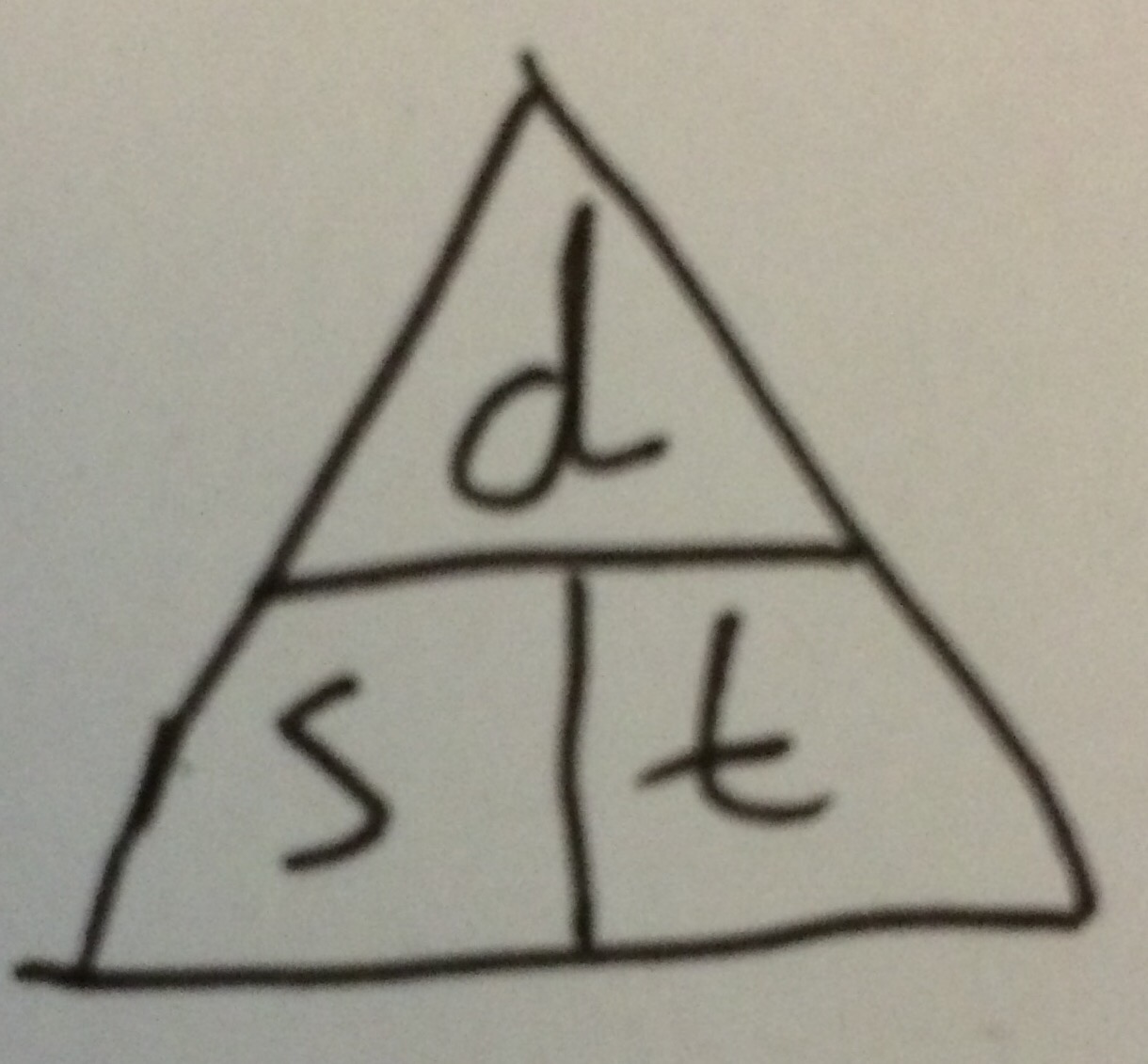 I’ve expressed my dislike (hatred is perhaps too strong a word) of formula triangles on Twitter before and others have written about them including Stephen Cavadino. Like Stephen my main reason for not being a fan of them is that they are usually introduced as a “trick” for use in particular situations with no reference to the underlying mathematics.

One of my students when looking at rearranging formulae was asked to make t the subject of an equation and drew a formula triangle as shown below (I’ve re-written it!) 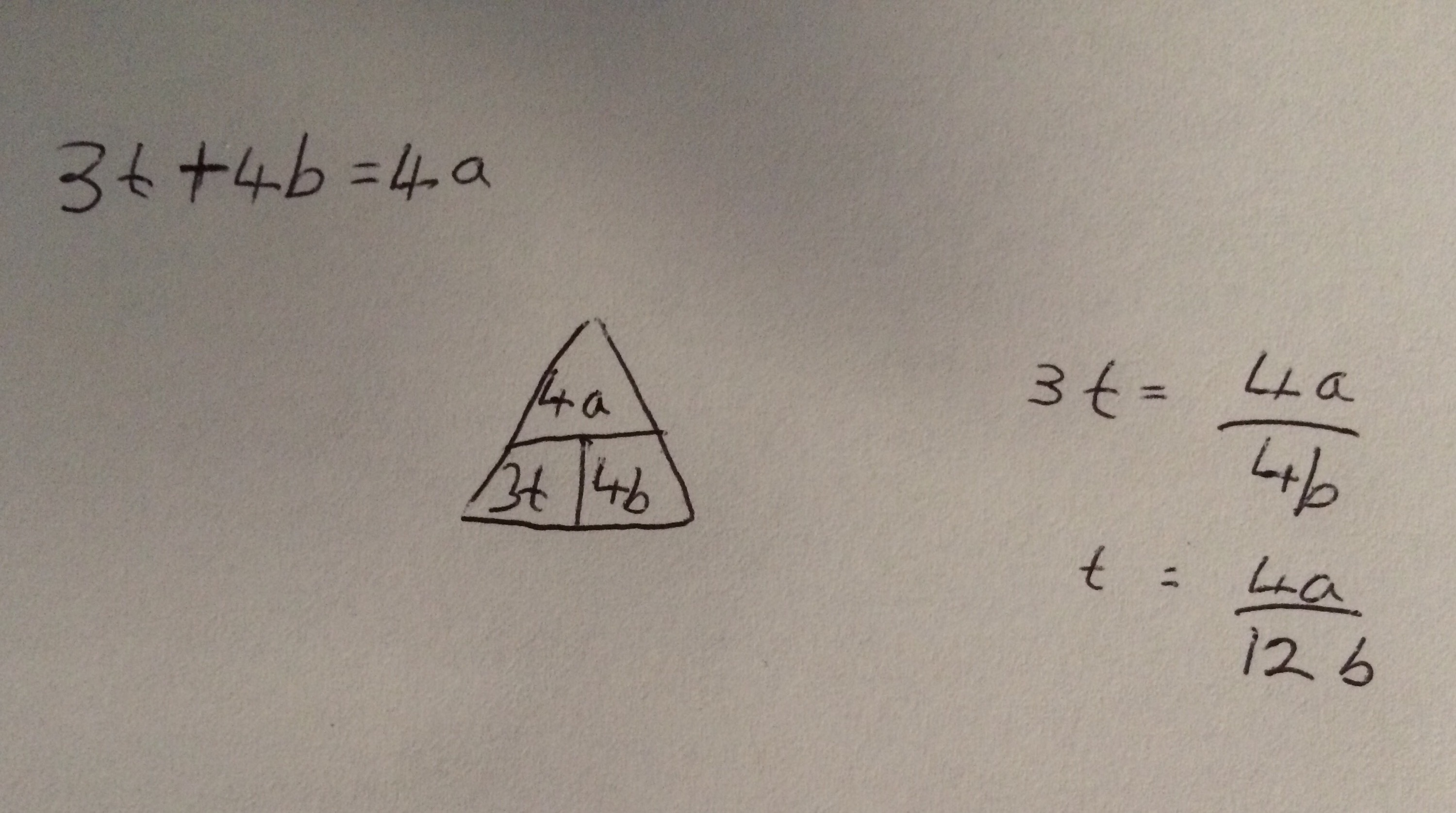 When I probed a bit further and asked things like “why have you picked 4a to be on the top” after a while they realised their mistake. I can’t help thinking that this wouldn’t have come about if they had never seen a formula triangle and instead had just had plenty of opportunity to practice rearranging formulae.

2 replies on “Formula Triangles and an Odd Misconception”

I absolutely agree. The students should not be taught triangle formulas. As maths students they should be able to rearrange! Maybe we need to get the students cosolidate their learning regularly.

Yep I think regular consolidation of these basic skills is important.