When I was teaching mean from a frequency table I remember looking on MyMaths and seeing the questions they had (I don’t use MyMaths that much to be honest), and they had this…. 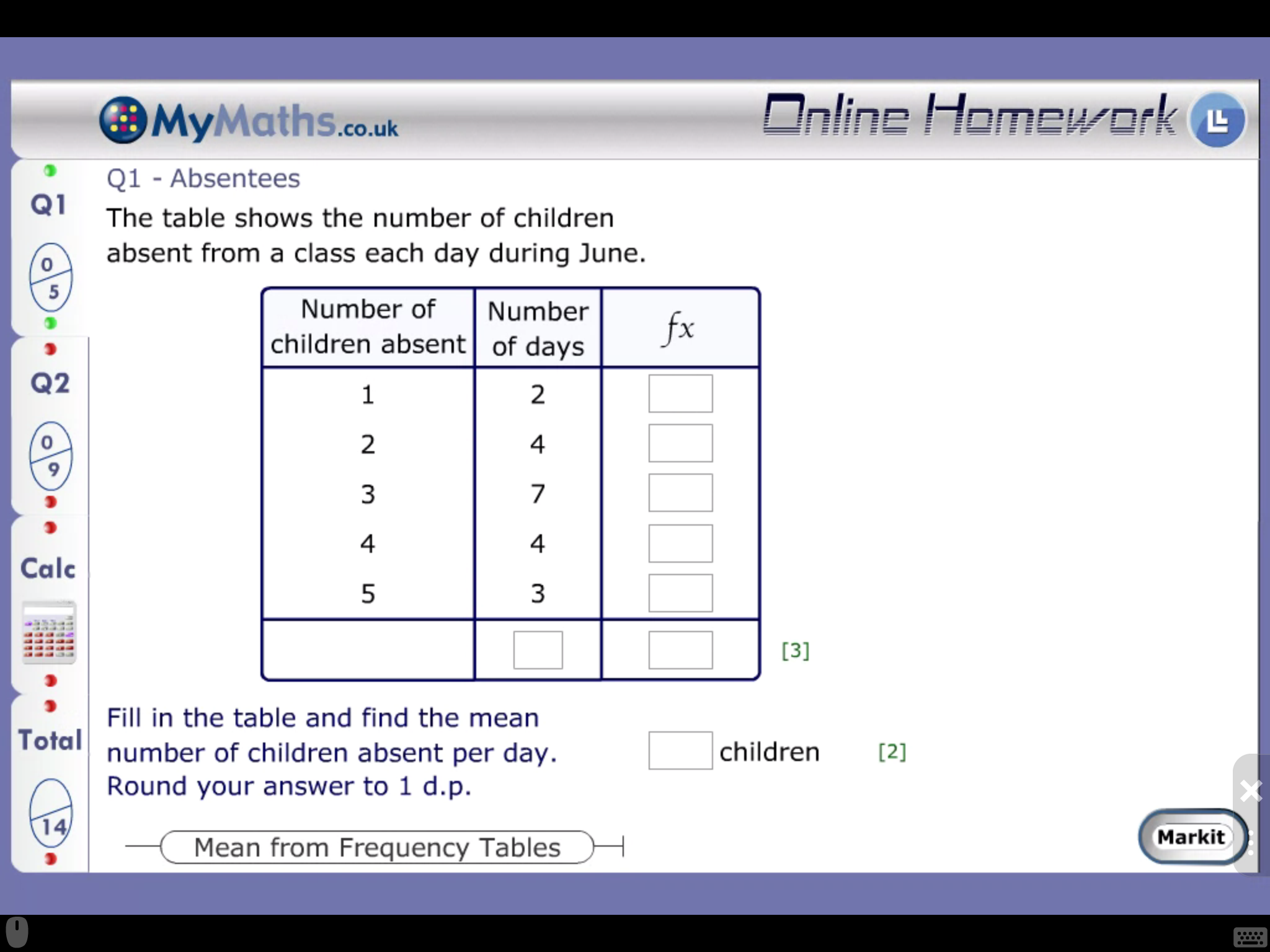 Not holding back now…. I think this is an awful question. This is mainly because of the third column that is titled \(fx\). At no point in the question is either \(f\) of \(x\) defined!! Maybe I am being a bit pedantic, but to me because of this having a column titled \(fx\) is meaningless and sloppy. Ok, I know that \(fx\) seems to be often used in this context, but I really don’t like.

Surely this just sets a bad example for students… especially once they get to A-Level and beyond. Clarity of mathematical exposition is important, and it should make logical sense. It’s like if a student writes \(E(X)\) without first defining the random variable \(X\) – makes me want to cry a little!