On the 2nd November 1815 George Boole was born and in celebration he has been honoured by a Google Doodle.

In addition the University of Lincoln’s mathematics and physics department organised a public lecture. to be given by Evegeny Khukhro 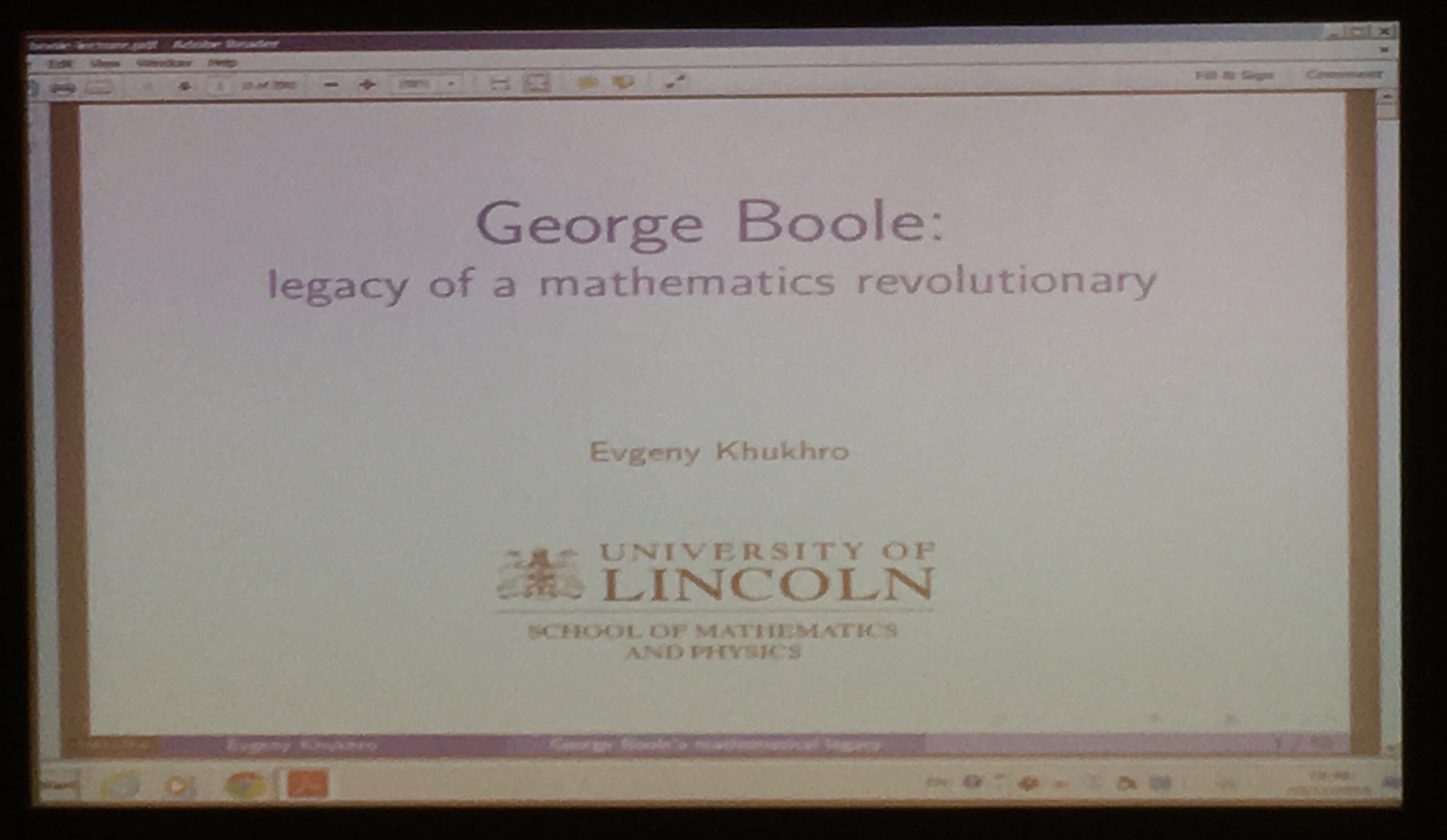 George Boole is credited with many things, including

Of course Boole is most famous for his contributions in the world of logic. He first pulished a book on logic in 1847 whilst he was still in Lincoln, before publishing again once he had moved to Cork.

I was interested to learn that Boole only allowed the operation of Union when the sets were disjoint, Evegeny then presented a nice table comparing modern notation with that of Boole.

Boole is also famous for his contributions to mathematical probability, most notably his name lives on in Boole’s inequality.

In conclusion “Boole made a giant step towards mathematics as a truly abstract discipline, causing a paradigm shift, giving mathematics enormous scope and potency” (Khukhro, 2015). Evegeny has made his PowerPoint slides available here.