Since visiting The De Ferrers Academy a few years ago I have thought about trying to create a video using ExplainEverything. This half term was my school’s “Take a Risk” observation window. We have one of these every year and I think it’s quite a good idea as the outcome of the observation doesn’t count formally so it does encourage taking a bit more of a risk with the lesson.

For mine this time I was being observed with my Year 13 further mathematicians and we were going to be starting to look at the FP3 conic sections stuff.

My plan was to produce a video introducing the Ellipse using ExplainEverything and then provide some questions for the students to work through without any help from me.

Here is the video:

As you can see the video bears a few hallmarks from it being created at 2am and there are some things that I don’t think I explained terribly well in a mathematical sense. However, it seemed to serve its purpose well and my students were able to tackle the questions that I had given them, such as this one

I had two versions of the questions; one with more intermediate steps to guide students through the question. Thanks to Stuart (@sxpmaths) for the picture of the ellipse I used in the questions, it saved me from drawing my own.

Before the lesson my students also had access to the two Geogebra applets featured in the video, that I created and hosted on my website. The first allowed students to explore the parametrisation of the ellipse and investigate the foci property of an ellipse. 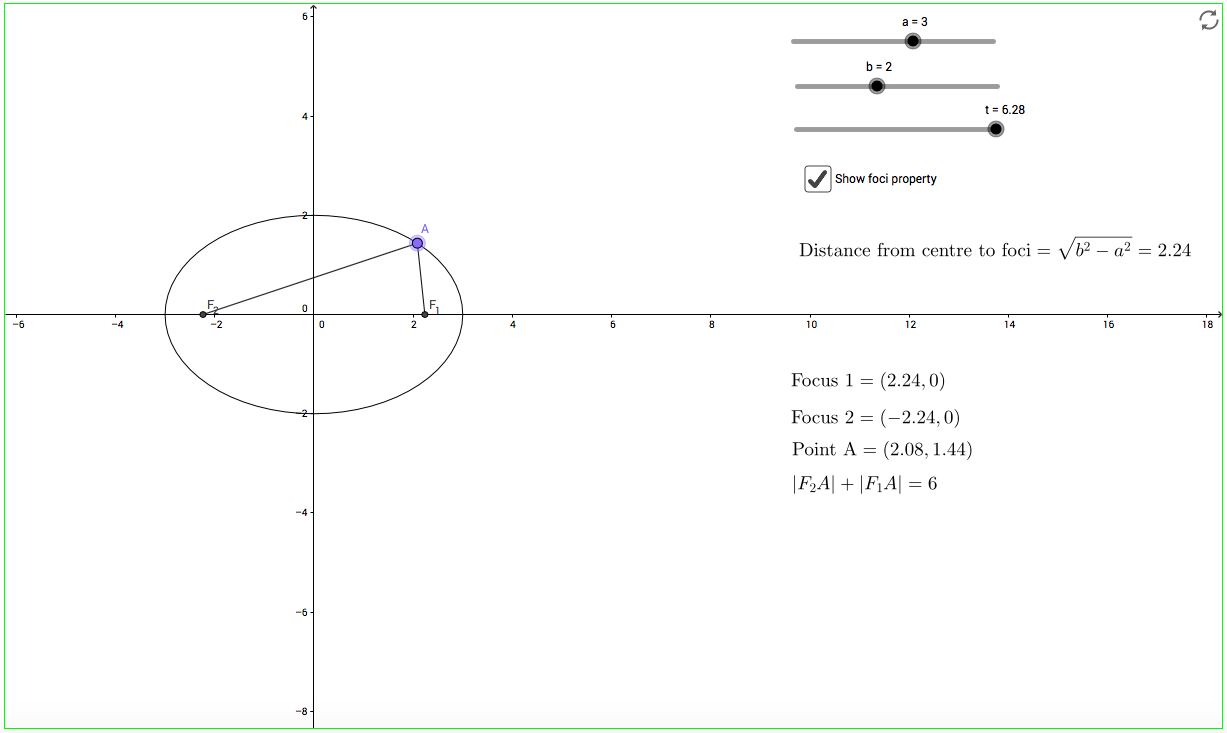 The second demonstrated one method of constructing an ellipse (without equations) known as the Trammel Construction. 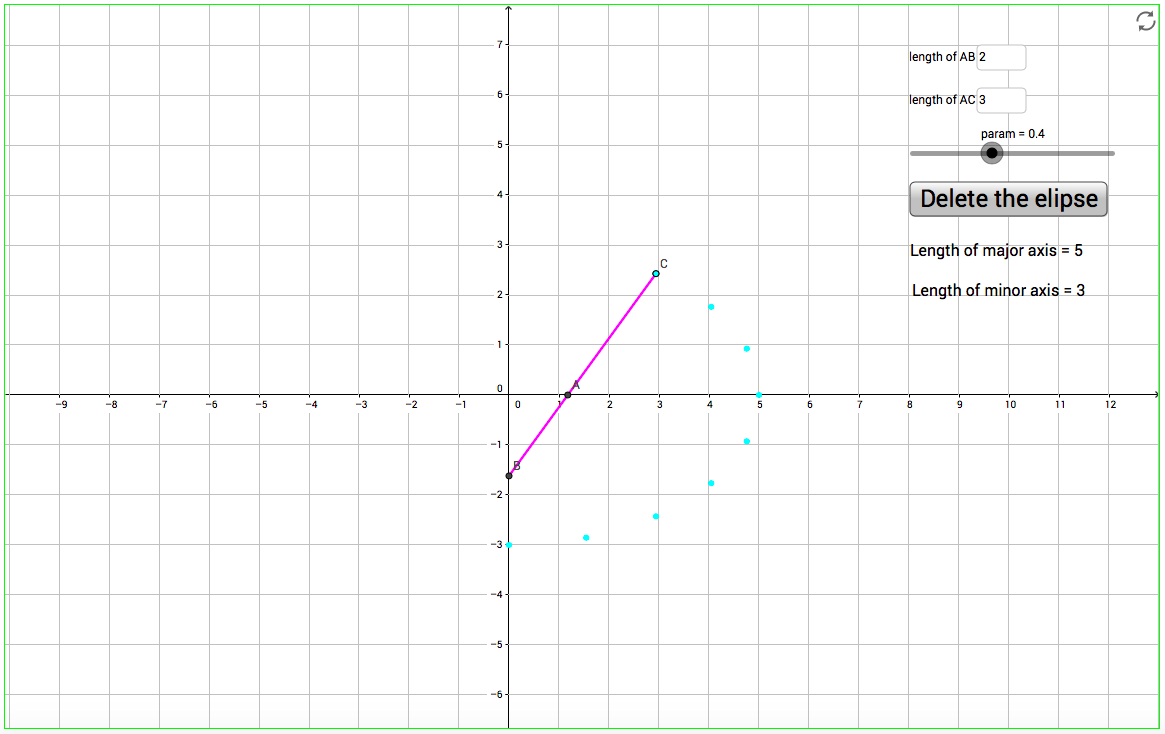 I’ve put all the worksheets on my website and they are available as follows:

Feel free to use them if you wish.

PS:- In case you are interested, I got very good feedback for this lesson 🙂