I am really enjoying having a great PGCE student (@MrPullenMaths) in some of my Year 12 Further Maths lessons. (He isn’t massively active on Twitter at the moment so please follow him and welcome him!) He has recently been teaching the Poisson distribution and on Monday this week discussed using the Poisson distribution as an approximation to the binomial distribution. He knows that I like to delve a bit further (and maybe more rigorously) into the maths with my classes and so he looked at the proof of the validity of this approximation. I would probably have avoided this as it is quite technical, however it went really well and I was particularly impressed as this wasn’t in his lesson plan and he ad-libbed the proof. He asked for assistance a couple of times, but I actually think this improved the presentation as it became more of a discussion with everyone in the room than just a “work through of the proof”. A shot of the board is shown below: 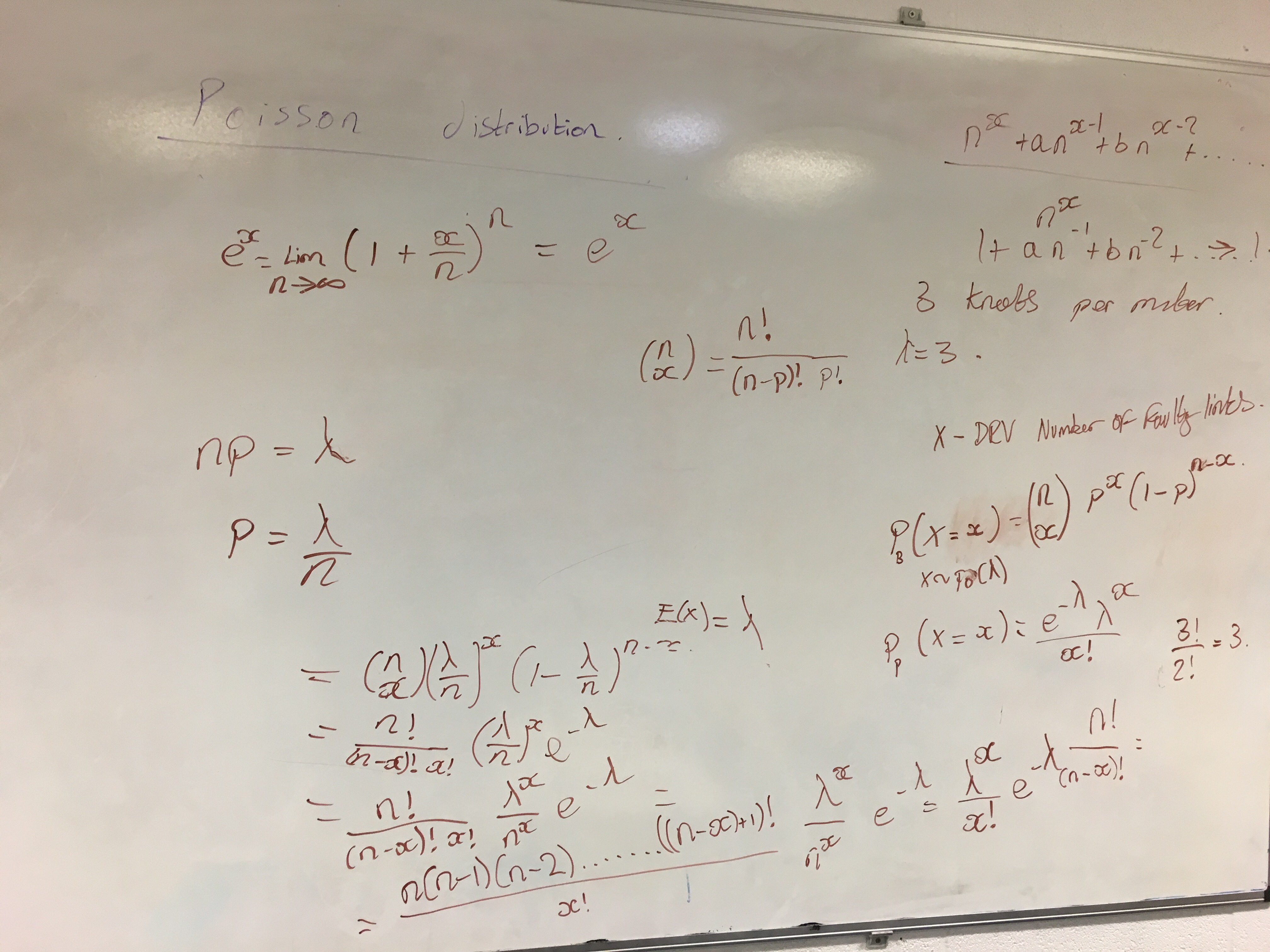 In future I think there are a couple of aspects that can be improved, just by tweaking the layout to emphasise a few points: 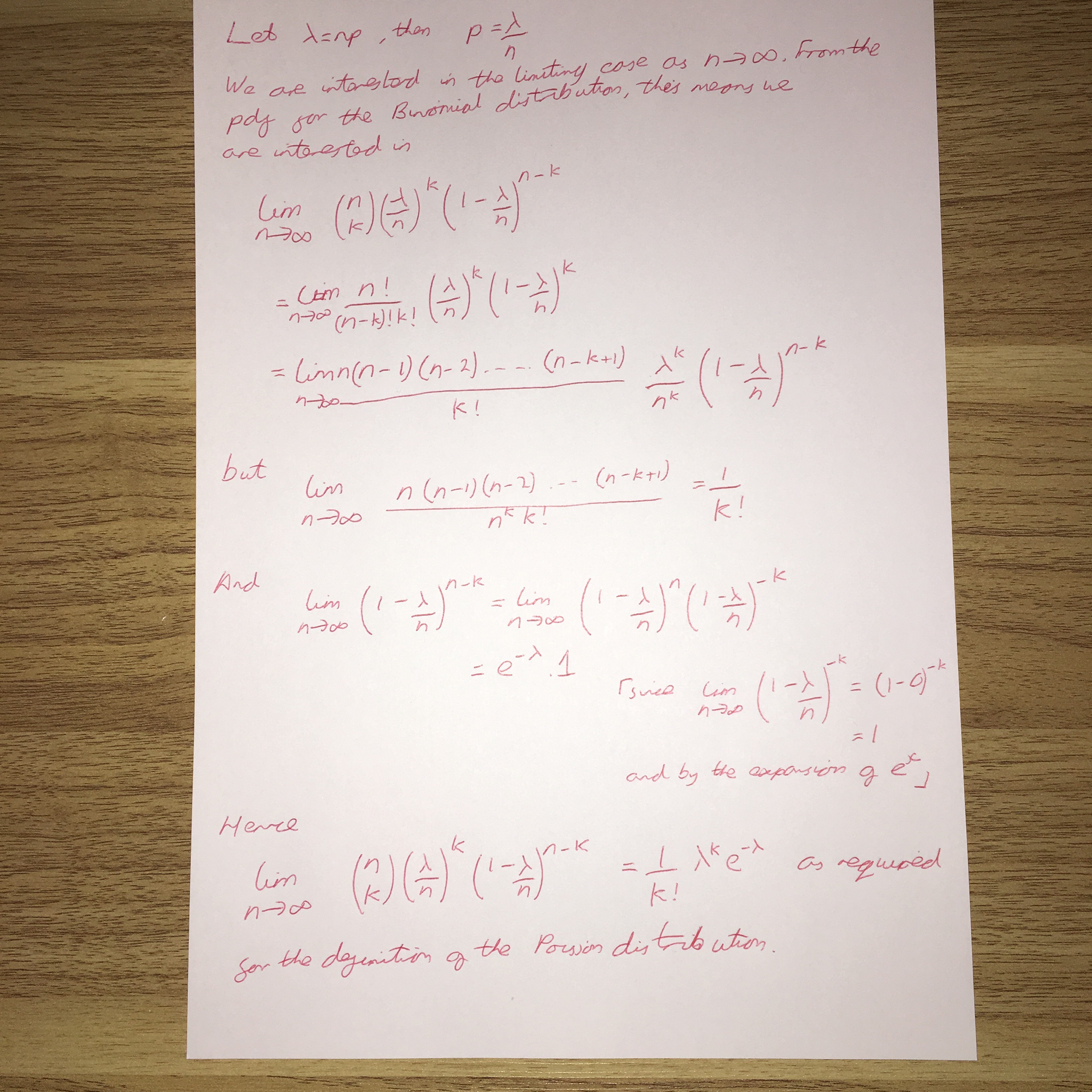 This lesson made me realise that even though I have very high expectations of my students I am sometimes guilty of limiting the mathematics I expose them too.