On Wednesday last week there was an IMA East Midlands Branch talk at Derby University. This talk was organised in conjunction with the British Society for the History of Mathematics (BSHM) and was delivered by Fenny Smith. Fenny has delivered lectures for Gresham College and is an expert in Italian Renaissance algebra. This talk was full of little bits of fascinating information and in this post I hope to share some of them.

It was fascinating to see the accounts from a florentine company’s French branch. 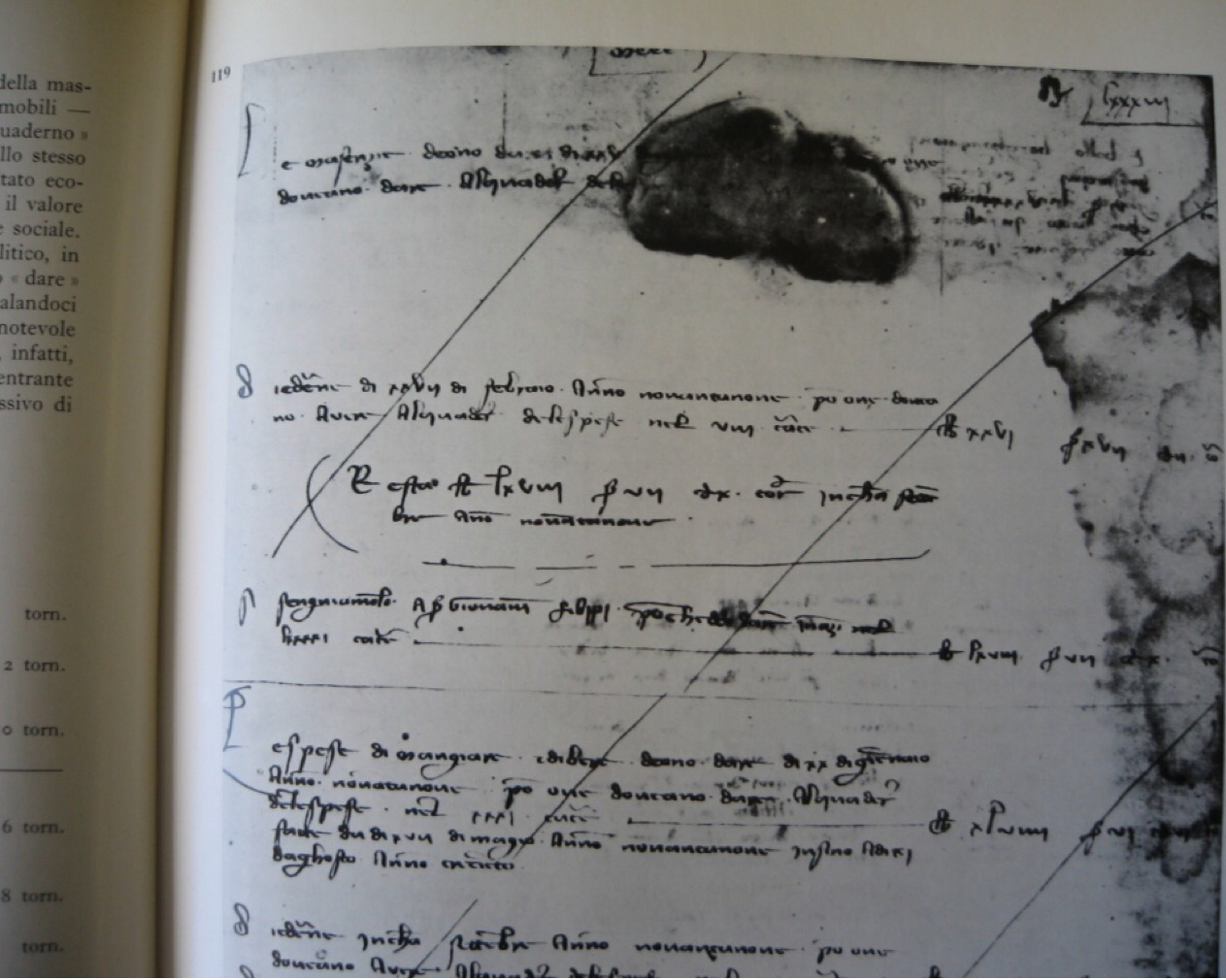 To us – used to Arabic numerals – it was hard to see where the numbers in the accounts were as they were written in Roman numerals. I wasn’t aware of the use of the numeral J to mean the same as I but to also denote the end of a number.  Fenny explained that one advantage of our modern number system is the fact that you can check your work, or indeed the work of someone else. If you were using an abacus, the only way you could check your work is to re-do the calculation. This in part explains the adoption of our modern number system.

What we now know as Arabic numerals were developed India, and by the 7th Century were being used by astronomers and mathematicians. They arrived in Baghdad in the late 8th century when Hindu scholars brought their astronomical tables with them.In Baghdad Caliph al-Mansur had a centre of learning, and he didn’t really care where you came from if you had something to contribute you were welcome. We owe a lot of our knowledge of Greek Maths, Philosophy and astronomy to al-Mansur who translated and preserved many Greek works.

Following this the Hindu-Arabic Numerals travelled westwards through the Arabic world towards North Africa and Spain. 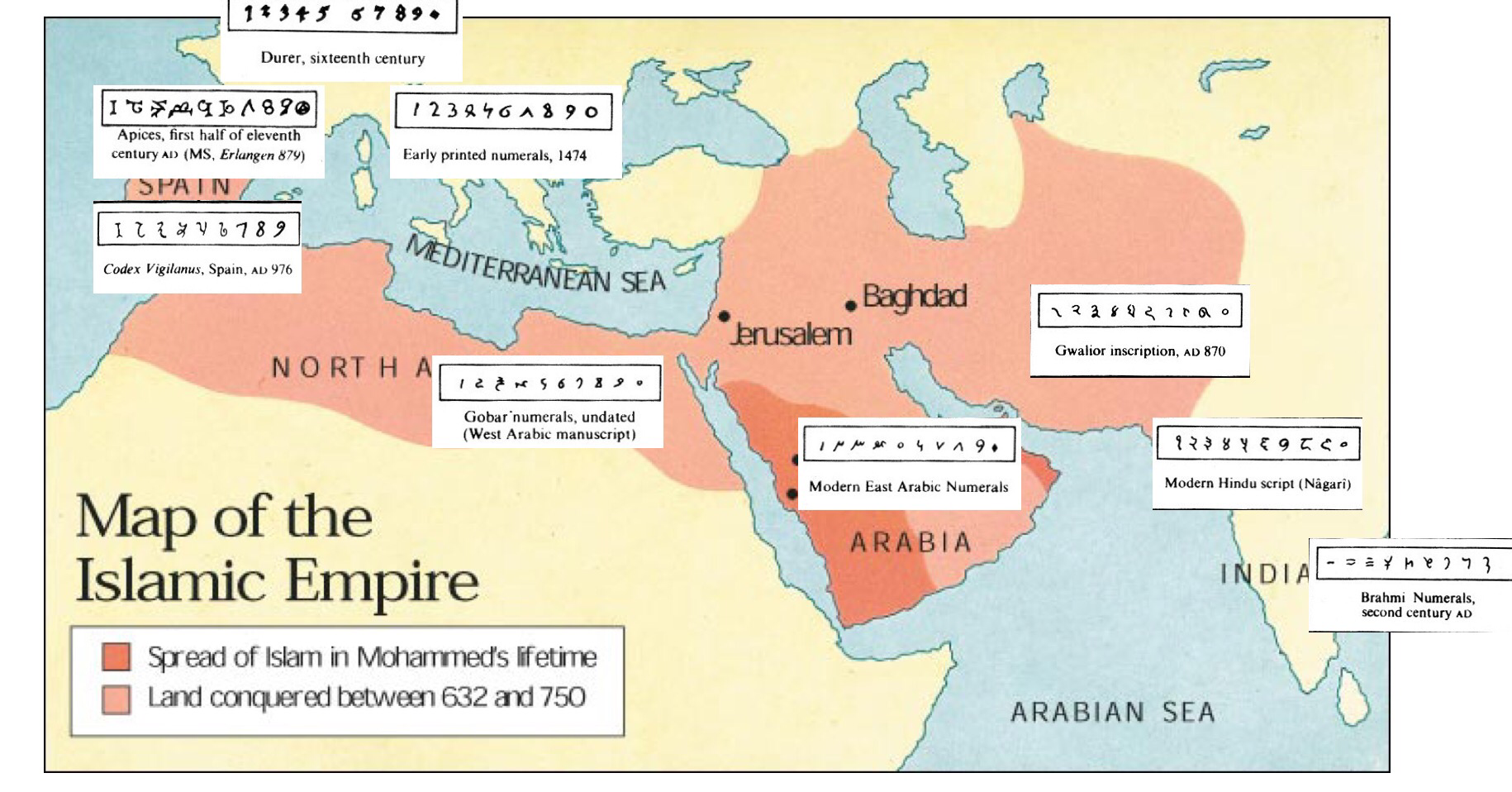 In 976 two monks wrote a large manuscript called the Codex Vigilanus and in this they wrote about the new 9 Indo-Arabic numbers. At this point they were seen as curiosities as opposed to something of practical use.
In around 1200 Carmen de Algorismo by Alexander de Villedieu, a popular copy of Dixit Algorizmi (one of the books by Muhammad bin Mūsā al-Khwārizmī, who is often credited with the introduction of Algebra), was published introducing the Arabic numbers to the French. This book was written  written in Latin, in rhyming couplets!! This seems pretty impressive to me.

At first there was much resistance and suspicion concerning the new numerals. Fenny explained the suspicion that people had of the concept of zero is to do with our Christian faith where God was said to have created everything, so how could he have created nothing? Conversely in Hinduism nothing is seen as a kind of “nirvana” and so there was no issue with the idea of zero as a placeholder.

The famous engraving Melencolia I by Albrecht Dürer made an appearance during the talk as a demonstration of the development of the numerals too which was interesting. 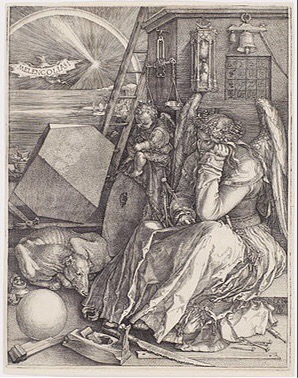 Another interesting piece of information from this talk is that Gelosia multiplication was so named because he grid structure resembled Venetian window shutters.

I found learning about the Commercial Revolution was very interesting – a lot of the banking concepts we take for granted now had their origins during this period of time. If you even get a chance to go to a similar talk by Fenny I would encourage you to do so.
I have a recording of the talk, but I have been asked to not share it widely so you will need a password to view the video.