Yesterday Luciano (@DrTrapezio) tweeted asking if anyone had a document comparing the A-Level content across different exam boards. I’m convinced that I have seen exactly this in the past but I can’t find it now. Sue de Pomerai (@SuedePom) mentioned that she had a copy of one for further maths and emailed it to Luciano, who has asked me to put it up and share with people. So this was a nice easy #summerblogchallenge  post today. 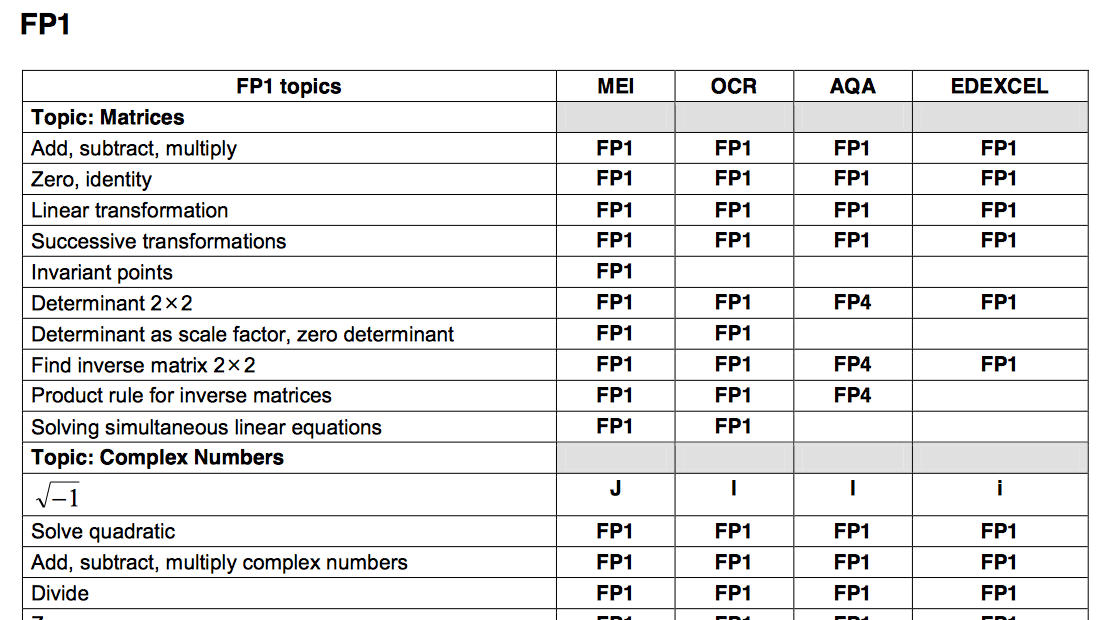 The file is ordered around the MEI further mathematics modules and then the location of each topic in the specification of the other boards is given. It is pretty much complete, but I think there are a few AQA topics missing (for example Viète’s formulae) and don’t we cover simultaneous equations with matrices in Edexcel FP1 and FP2.

I think this document is very interesting and I wish more boards did some of the topics that MEI do, for example the Cayley-Hamilton theorem and Lagrange interpolating polynomials.