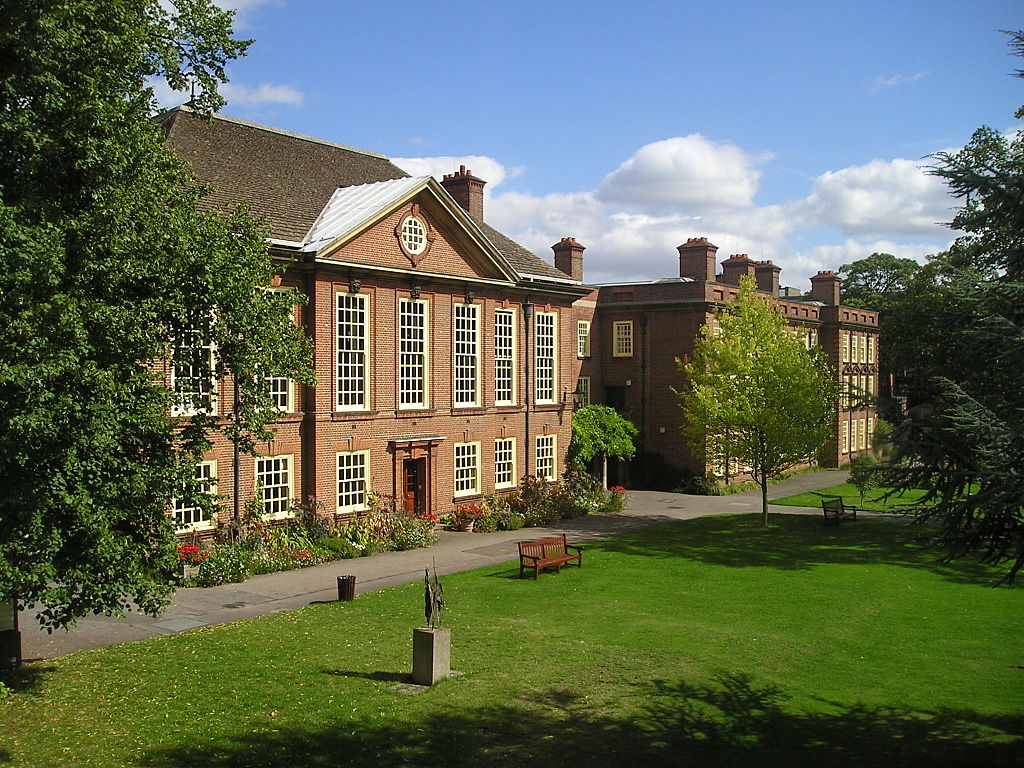 Mary Somerville was a Scottish mathematician and communicator of science born on the 26th December 1780 – 238 years ago! Like most females of the time she didn’t have access to the education that was available to her brothers and complained that she “was annoyed that my turn for reading was so much disapproved of, and thought it unjust that women should have been given a desire for knowledge if it were wrong to acquire it”. 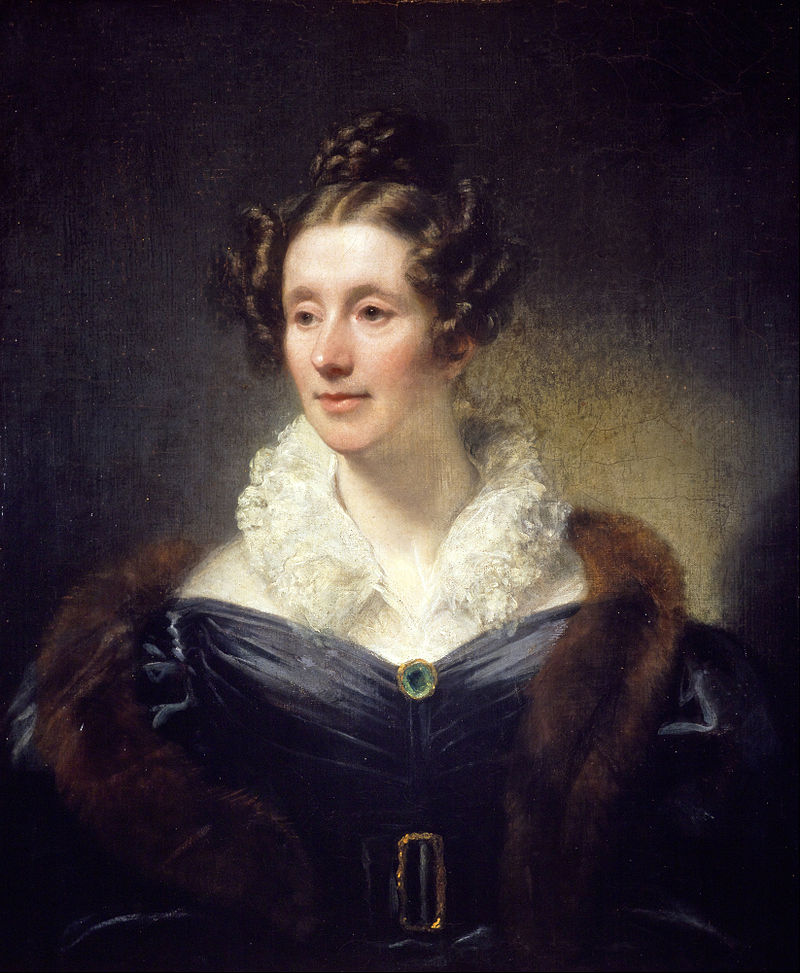 Following the death of her first husband she was able to pursue mathematical studies, corresponding with John Playfair and William Wallace. Her second husband, a cousin, Dr William Somerville was elected to the Royal Society and because of that she mingled with high society. She became the mathematics tutor to Ada Lovelace and also visited Charles Babbage frequently during the design of his analytical engines. Her first scientific paper, “The magnetic properties of the violet rays of the solar spectrum”, was published in 1826 in the Proceedings of the Royal Society. She then published a book, “The Mechanism of the Heavens”  in 1831 which became a standard textbook. For a book of that period it is surprisingly readable and can be viewed online here. The following screenshots show her discussion of a simple pendulum. 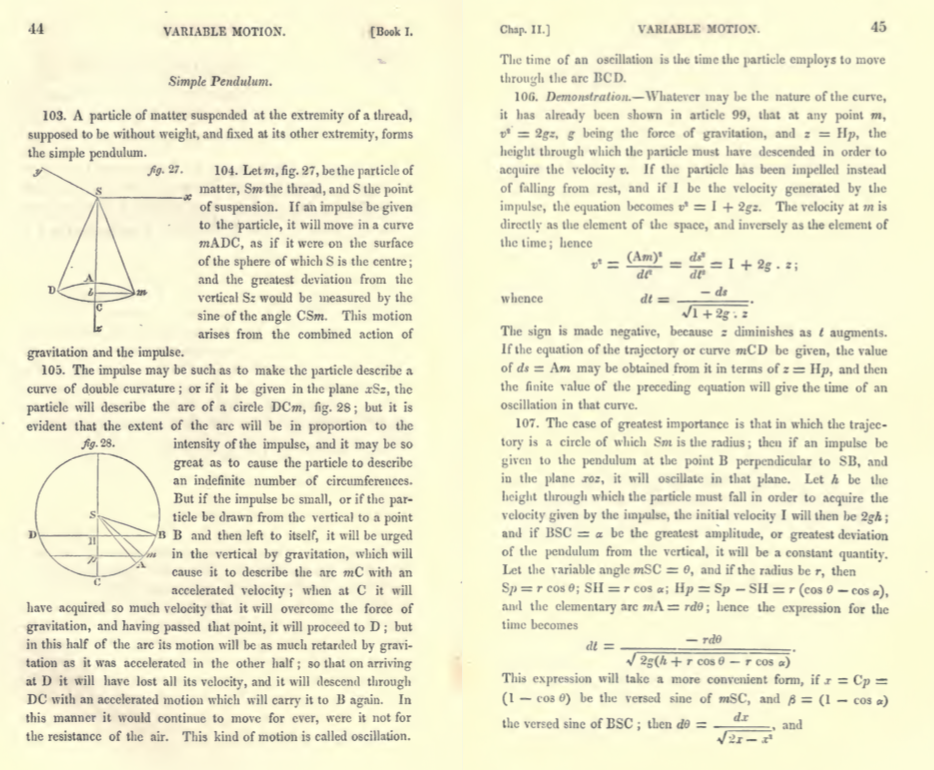 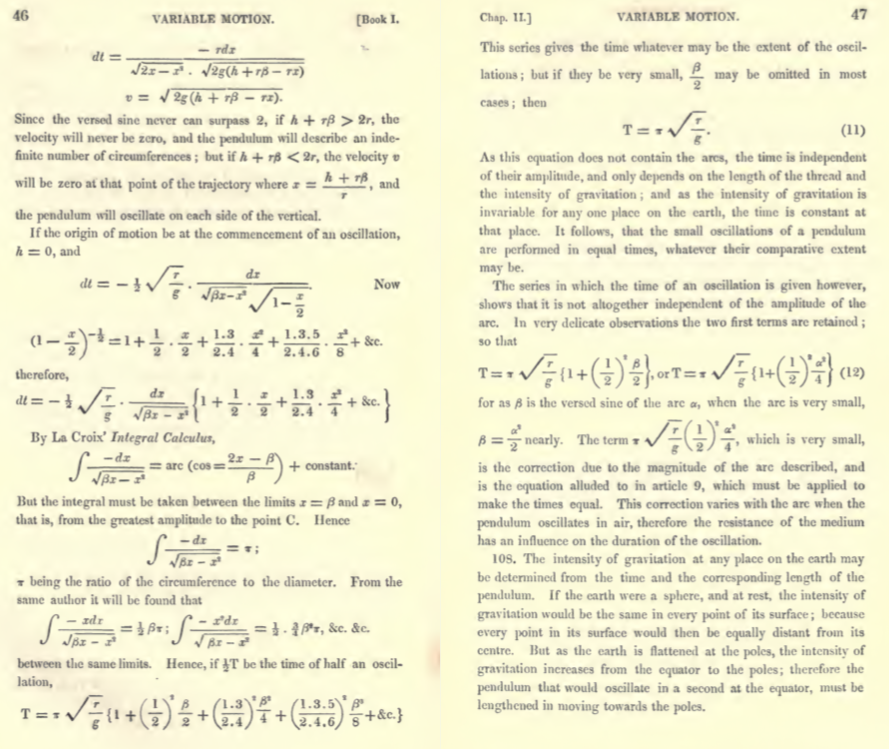 I am particularly intrigued by the notation used for the inverse function for cos(x).

Interestingly it is also a much cleaner result than if you simply ask Wolfram Alpha / Mathematica to do that integral for you….

I encourage you to spend some time having a look at this book online, it is lovely!